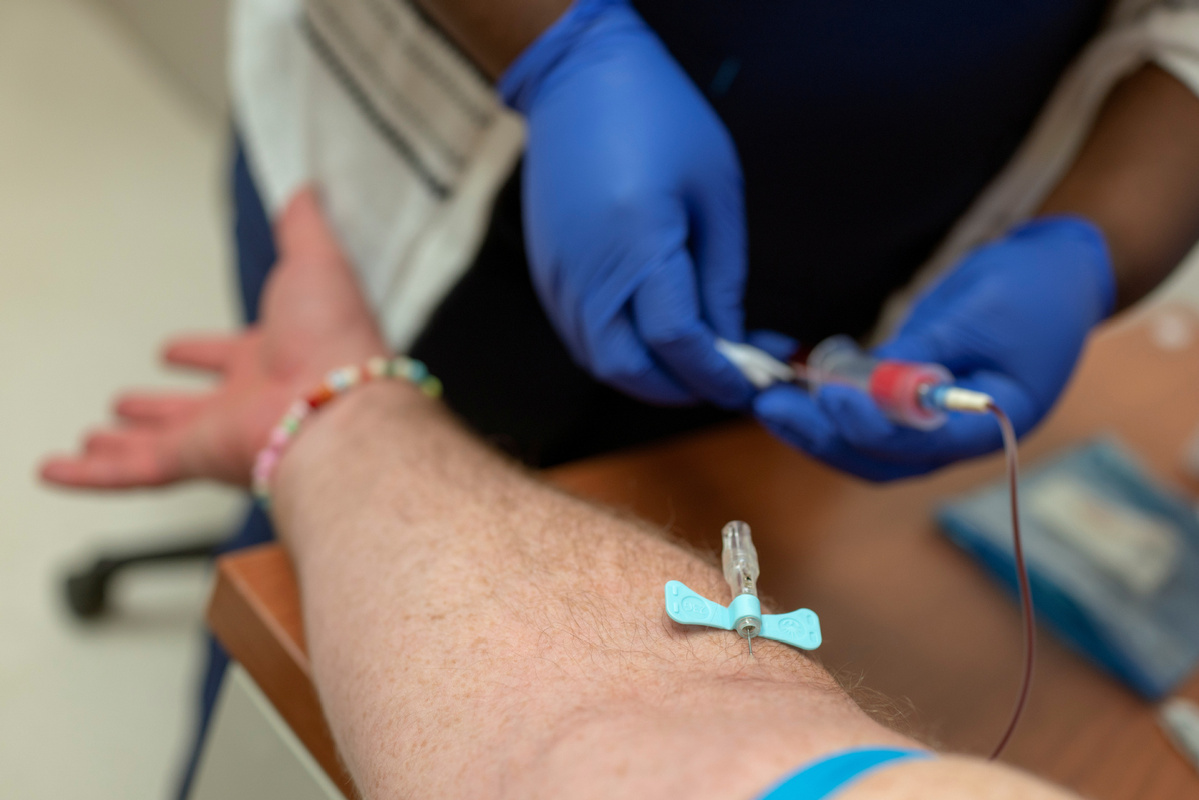 A healthcare professional takes blood to test for antibodies at Mt. Sinai Hospital as the spread of the coronavirus disease (COVID-19) continues in the Manhattan borough of New York City, US, April 25, 2020. [Photo/Agencies]

The official US data on COVID-19 have been reported by US media as a messy undercount of the real picture of the pandemic situation in the United States, leading to questions over the reliability of the data.

The official data are "untrustworthy" because of the "flawed" processes of collecting the data, US magazine The Atlantic has said in an article published earlier on its website.

The Centers for Disease Control and Prevention (CDC), a leading US federal agency for public health that publishes the official tally, says it "does not know the exact number of COVID-19 illnesses, hospitalizations, and deaths for a variety of reasons."

It also says that in the event of a discrepancy between CDC cases and those reported by state and local health authorities, "data reported by states should be considered the most up to date."

However, even states that frequently publish such data do not all record or report data with the same level of standardization, US media said.

"Far from being exaggerated, experts believe the true number of people who have died from COVID-19 is actually higher than what's been reported," said a HuffPost report on Sunday.

"In many states, the number of recorded COVID-19 deaths is actually smaller than the number of excess deaths from any other cause during certain weeks," the HuffPost said.

"New Jersey documented around 5,500 excess deaths over a four-week span between March and April, but only about 2,200 of them were categorized as COVID-19 deaths, according to a New York Times analysis. That leaves a gap of some 3,300 deaths," it said.

Data provided by the CDC is below the number provided by many other research institutions. For example, the most recent data of the CDC updated on Sunday reported a total of 1,300,696 confirmed cases and 78,771 deaths in the country, while according to the latest data compiled by the Center for Systems Science and Engineering at Johns Hopkins University (JHU), the caseload has reached 1,329,225, and the death toll now stands at 79,525.

The CDC's number is updated once daily based on data confirmed the day before, and numbers reported on weekends may be modified when the tally is updated on Mondays. Meanwhile, data at JHU is updated in near real-time throughout the day.

Currently, many US media outlets refer to data collected by research institutions. In addition to the JHU's data, they also cite figures provided by Worldometer, which is run by an international team of developers, researchers, and volunteers. NBC and some other news outlets have their own COVID-19 case trackers.

As for coronavirus testing, which is essential for states to make decisions on lifting stay-at-home orders and reopening businesses, media outlets are relying on the data provided by the Covid Tracking Project, a volunteer organization launched by The Atlantic.

Even the White House "has been relying at least in part on data provided by the Covid Tracking Project," as the federal government health agency "significantly lags in counting how many people have been tested," according to a recent Bloomberg news article published on its website.

"While the White House has insisted for months that the US has excelled at testing, it has often been difficult to gain a complete picture of national efforts," it said.

The testing number reported by the CDC does not capture all tests performed in the country, the agency said in its weekly surveillance summary updated on May 8.

"Because the US data on coronavirus infections are so deeply flawed, the quantification of the outbreak obscures more than it illuminates," The Atlantic said.