Investigators said Tuesday that the helicopter carrying basketball superstar Kobe Bryant did not have a terrain awareness and warning system (TAWS) installed, which could've provided information to the pilot on what terrain he was flying in. 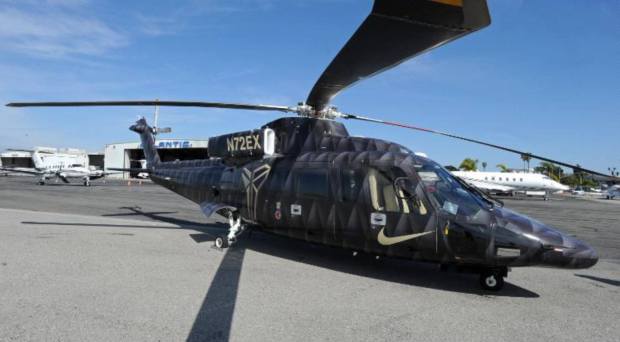 According to National Transportation Safety Board (NTSB) spokeswoman Jennifer Homendy, the aircraft also did not have a flight data recorder (FDR) and a cockpit voice recorder (CVR), as recommended by the organization.

Homendy said the NTSB had issued the recommendations to Federal Aviation Administration (FAA) requiring aircraft to install the TAWS and the two recorders after two fatal helicopter accidents, one of a S-76A helicopter in Galveston, Texas, in 2004, which killed 10 people, and another involving a S-76C helicopter that killed 12 people in the Baltic Sea in 2005. The FAA, however, did not implement the recommendations in both incidents.

"It's something we've recommended several times over a number of years," Homendy said during a media briefing Tuesday afternoon.

She said the helicopter was flying at 2,300 feet when it lost contact with air traffic controllers. Shortly afterward, the aircraft began descending at a rate of 2,000 feet a minute.

"So we know that this was a high-energy impact crash," she said, adding that the time from the descent to impact was probably about a minute.

Officials said the pilot ascended rapidly to 2,300 feet to avoid a cloud moments before taking a left descending turn and crashing into the side of a hill in Calabasas.

Although there was no black box recording in the helicopter, the pilot was using an iPad for his flight plan.

Investigators said Tuesday they were able to find an iPad and an iPhone during the search, but they are not sure whether the iPad belonged to the pilot. The electronic devices will undergo further analysis at the NTSB.

She said the NTSB will issue a preliminary report in 10 days. The final report will be released in 12 to 18 months. Safety recommendations also will be issued along with the final report. The goal is to prevent similar accidents from happening again, Homendy said.

Officials also formally identified Kobe Bryant, 41, as a victim during the briefing as investigators continued the probe into the crash Sunday morning local time that killed the iconic NBA basketball player, along with his 13-yearold daughter, Gianna, and seven other people.

Los Angeles County Sheriff Alex Villanueva said that the next of kin have been notified for all four victims. He said that coroners are going through identification procedures for the other five victims.

A petition to use Kobe Bryant's image as the new National Basketball Association logo has garnered more than 2 million signatures online in just two days.

"With the untimely and unexpected passing of the great Kobe Bryant please sign this petition in an attempt to immortalize him forever as the new NBA Logo," he wrote.

The current NBA logo, designed in 1971, features the silhouette of Jerry West, 81, a Hall of Fame Lakers player who once served as the general manager of the Lakers and drafted Bryant out of high school in Pennsylvania. The NBA reportedly is reluctant to acknowledge that it's West's image on the logo. Bryant will be honored posthumously later this year as a 2020 inductee in the Naismith Memorial Basketball Hall of Fame. The ceremony will be held in August in Springfield, Massachusetts.

The Los Angeles County Department of Medical Examiner-Coroner announced Tuesday that all nine bodies have been removed.

The Motion Picture Academy plans to honor Bryant in the Oscar ceremony next month, the Los Angeles Times reported.

Los Angeles Mayor Eric Garcetti ordered all city flags to be flown at half-staff on Monday in honor of the crash victims.