WORLD Officials: California officer killed by man in US illegally

Officials: California officer killed by man in US illegally 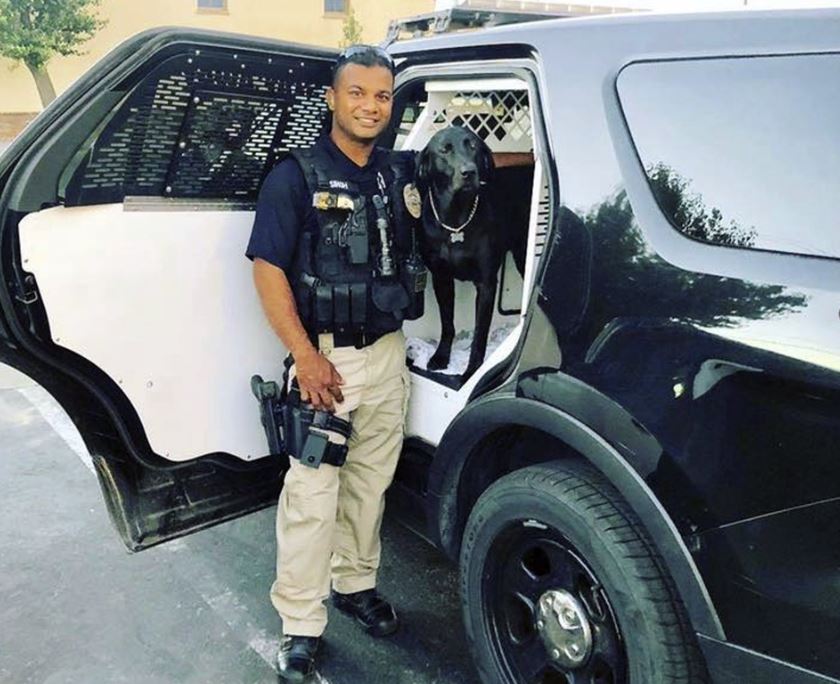 The police chief of a tiny California town fought back tears as he described an officer gunned down during a traffic stop as a patriot who fought to serve his adopted country and the man who killed him as a “coward” who crossed the border illegally.

The manhunt for the suspect stretched into a third day Friday, and while law enforcement agencies statewide were on alert, he’s believed to still be in the area southeast of San Francisco. His name hasn’t been released, and he’s considered armed and dangerous.

Cpl. Ronal Singh, who came to the US from his native Fiji, was shot early Wednesday after stopping the man he suspected of driving drunk in Newman.

There was a gunfight as Singh “absolutely tried to defend himself” but he apparently didn’t hit the suspect, said Stanislaus County Sheriff Adam Christianson, whose agency is leading the investigation and is holding a news conference Friday.

“He came to America with one purpose, and that was to serve this country,” said Newman Police Chief Randy Richardson, choking up. He called the 33-year-old with a newborn son an “American patriot.”

Investigators on Thursday searched a farmhouse in the town of El Nido but didn’t find the suspect, authorities said.

“This suspect is in our country illegally. He doesn’t belong here. He is a criminal,” the sheriff told reporters.

The shooting comes amid a political fight over immigration, with President Donald Trump and congressional Democrats at odds over funding for a border wall that has forced a partial government shutdown.

Trump tweeted about Singh’s killing Thursday, saying it was “time to get tough on Border Security. Build the Wall!”

Newman’s police chief said his 12 sworn officers were grieving Singh, who was the department’s first officer to die in the line of duty.

Singh drove more than two hours each way to attend the police academy in Yuba City, Richardson said. He joined the Merced County sheriff’s office as a reserve officer and worked as an animal control officer in Turlock before being hired by the Newman force in 2011.

English was Singh’s third language and he had a thick accent but took speech classes to improve his communication, the chief said.

Singh is survived by his wife, Anamika, and their 5-month-old son.