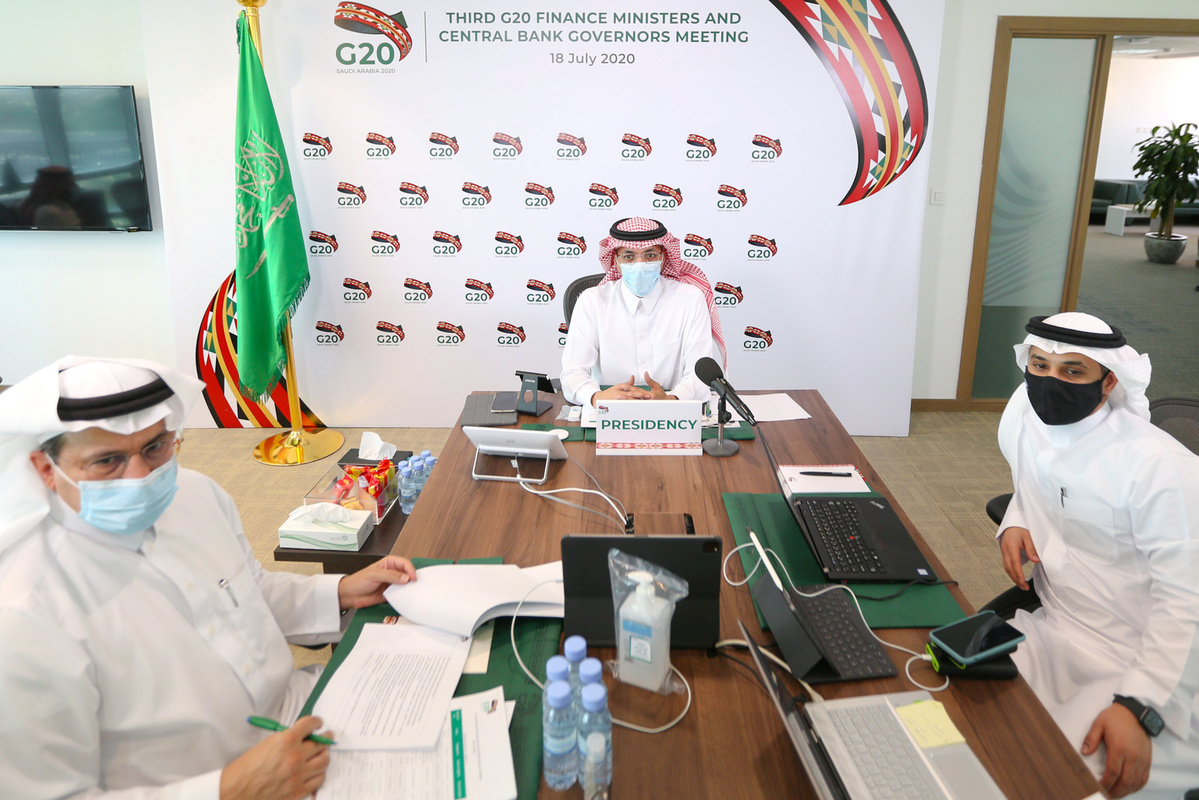 The recovery of the global economy requires extensive policy support as the COVID-19 pandemic has entered a new phase, and extra funding from the International Monetary Fund is necessary to strengthen developing countries' crisis response capacity, according to finance ministers and central bank governors from major economies.

As the contagion spreads at varying speeds across countries, economies showed differentiated paces of recovery, while bankruptcies and financial instability still threaten the outlook. That is pushing policymakers around the world to continue to provide robust financial aid to ensure the foundations for resilient growth, economists said on Sunday.

To ease the debt burden of the world's poorest countries, members of the Group of 20 would consider a possible extension of the initiative to suspend their debt repayments in the second half of this year, as the global economic outlook remains highly uncertain, according to a virtual meeting of G20 Finance Ministers and Central Bank Governors.

The meeting, chaired by Saudi Arabia, concluded on Saturday. It said that $5.3 billion in bilateral debt repayments could be suspended this year. Participants at the meeting also encouraged multilateral development banks and private creditors to support the debt relief plan.

Chen Yulu, vice-governor of the People's Bank of China, the nation's central bank, attended the meeting and joined discussions that focused on coordinating the international response to the impact of COVID-19 on the global economy, said a statement posted on the PBOC's website on Saturday night.

G20 members also called on the IMF to explore additional tools that could serve its members' needs as the pandemic evolves, and welcomed the immediate financial contributions pledged to strengthen the IMF's crisis response capacity, Chen said.

Writing in the Financial Times before the meeting, PBOC Governor Yi Gang urged the IMF to turn to Special Drawing Rights in its COVID-19 response, because that would be "a quick, practical, fair and cost-effective" measure, especially for vulnerable emerging markets and developing economies.

Yi called it "a mistake" not yet to tap a new issue of IMF SDRs. He called on the IMF to use "a general allocation of SDRs", or issue new SDRs, to fight the crisis. SDRs are based on a basket of major currencies, and members receiving the SDRs can boost their foreign reserves and enhance their purchasing power.

The governor quoted an estimate from the Peterson Institute for International Economics in his article, saying that the effect of a general allocation of SDRs would be far more than the debt suspension plan agreed by the G20.

IMF Managing Director Kristalina Georgieva issued a statement on Saturday, calling for action to make better use of existing SDRs, and said the IMF will explore additional tools that could further help in this crisis, as the pandemic enters a new phase.

The IMF projected that global output is likely to decline by 4.9 percent this year, a markdown since April. Following the deep recession, the global economy was expected to have a "partial and uneven" recovery in 2021, as bankruptcies and persistent unemployment will continue to weigh on outlook, according to the IMF managing director.

"As we enter the next phase of the crisis, further policy action will be required, as well as increased international cooperation. The G20 Action Plan is key to this effort," Georgieva said, warning that premature withdrawal of supportive fiscal and monetary policies could derail the recovery and incur larger costs.

China experienced a robust expansion of GDP in the second quarter, at a rate of 3.2 percent year-on-year. Moody's International Services pointed out that China would be the only G20 economy to record positive growth this year.