VIENTIANE, March 28 (Xinhua) -- Officials from both China and Laos have sung high praise for the newly-finished China-aided lighting system in the Lao capital's downtown area, saying it is a symbol of two countries' friendship. 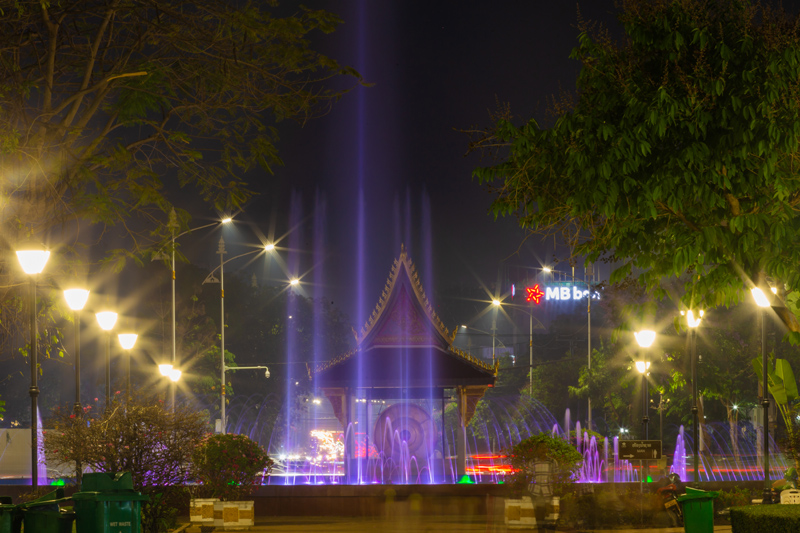 At a handover ceremony of the project held at the Patuxay Monument Park here on Friday evening, Chinese Ambassador to Laos Jiang Zaidong, said that the project is a vivid manifestation of the efforts of both countries to strive to meet the people's needs for a better life.

The China-Laos community with a shared future has been continuously enriched through the cooperation in fighting COVID-19 and the municipal project, said Jiang.

The ceremony was also attended by Vientiane mayor Sinlavong Khoutphaythoune, who is also a politburo member of the Central Committee of the Lao People's Revolutionary Party (LPRP) and Atsaphangthong Siphandone, the deputy party chief of Vientiane and also a member of LPRP Central Committee.

Atsaphangthong, on the Lao side, expressed his gratitude to the Chinese government for its valuable assistance to the Lao capital and praised Chinese companies for their contributions to the city's development.

The Chinese companies have actively resumed construction during the COVID-19 epidemic, and completed engineering tasks on time with high quality, he said.