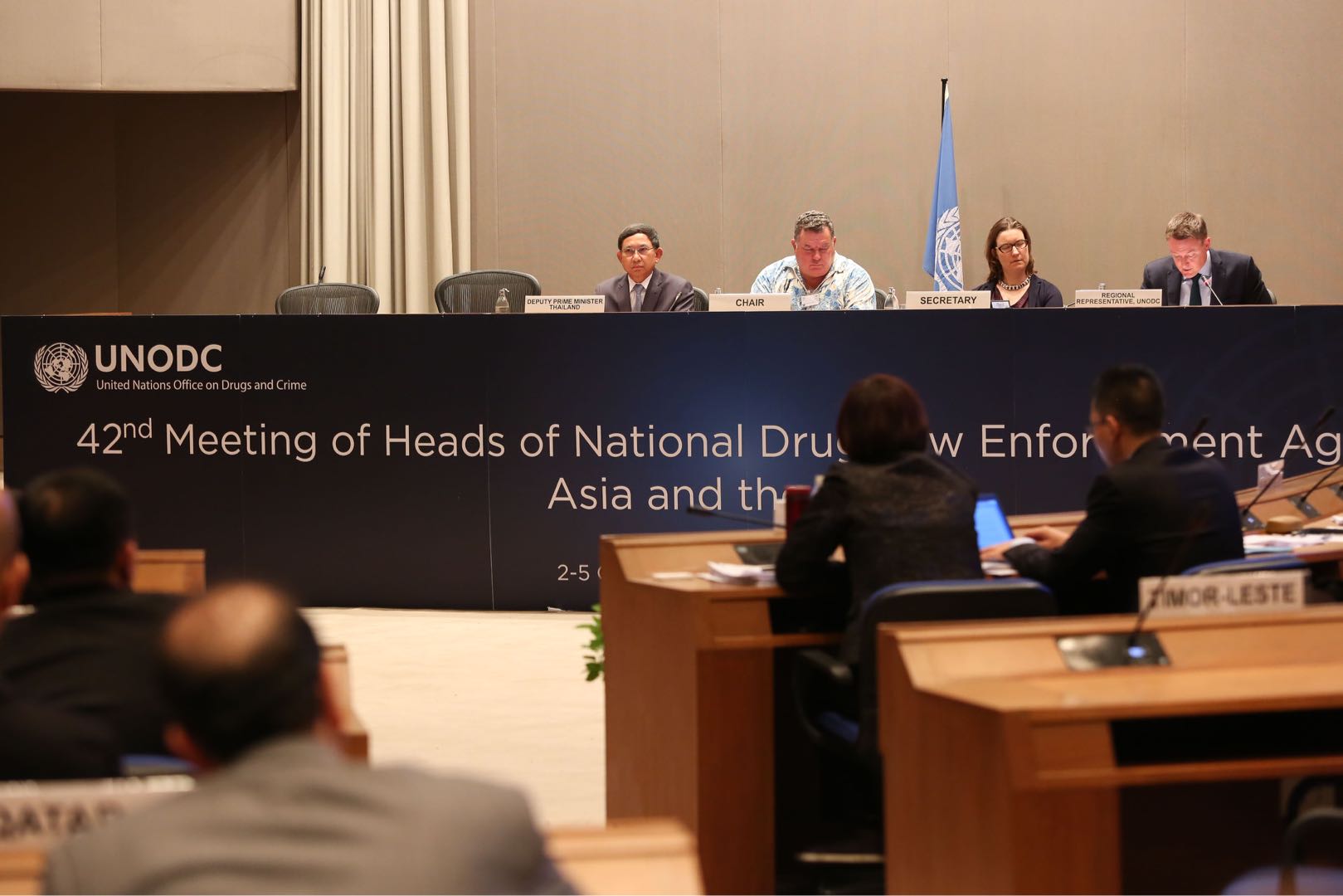 Officials discuss strategies to curb expansion of illicit drugs in the Asia Pacifc region at a meeting held in Bangkok. (Photo: Provided to People's Daily)

Bangkok (People’s Daily) – Heads of anti-drug agencies gathered in Bangkok to control the manufacture, trafficking and use of illicit drugs in the Asia-Pacific region.

While there have been some successful examples of countering the production and trafficking of illicit drugs and precursors in the Asia Pacific region over recent years, significant challenges remain, delegates said at the 42nd meeting of the Heads of National Drug Law Enforcement Agencies, Asia and the Pacific (HONLAP).

"The situation I am describing is complex and certainly not easy to come to terms with, and the leadership and experts here need to candidly consider and discuss these challenges,” said Jeremy Douglas, regional representative of UN Office on Drugs and Crime (UNODC). 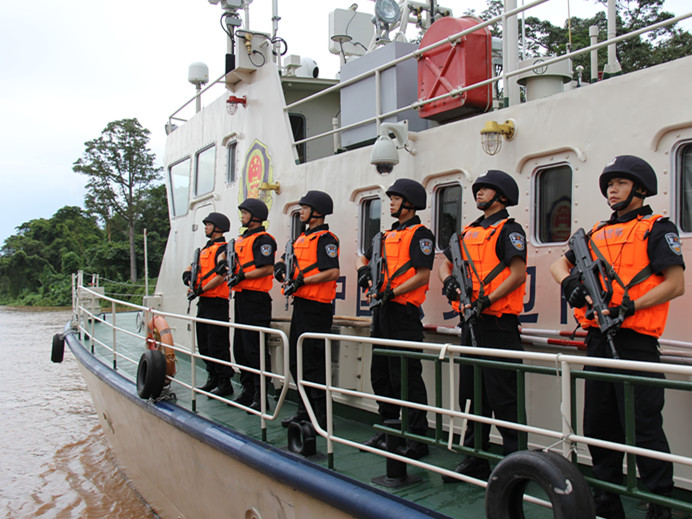 Chinese law enforcers join the 70th joint patrol on the Mekong River with their counterparts from Laos, Myanmar and Thailand, May, 2018. (Photo: Provided to People’s Daily)

Douglas also urged agreement on practical solutions that address the range of impacts of production, trafficking and use before things deteriorate further.

Law enforcement officers said they are concerned that methamphetamine and synthetic drugs from Myanmar and the Golden Triangle area of the Mekong region, and heroin from Afghanistan and the surrounding are—known as the Golden Crescent—are severely impacting public health, causing environmental degradation, providing organized crime with rising income, fueling corruption, and undermining peace and financing conflict.

As the market for illicit drugs continues to expand, and the region is exploited by organized crime groups involved in the trade, identifying the routes through which illicit drugs and related precursor chemicals are being trafficked is proving increasingly important.