A white police officer in Columbus, Ohio, was fired on Monday for fatally shooting an unarmed black man on December 22 in what the city's police chief deemed an "unreasonable use of deadly force," the city's public safety director said. 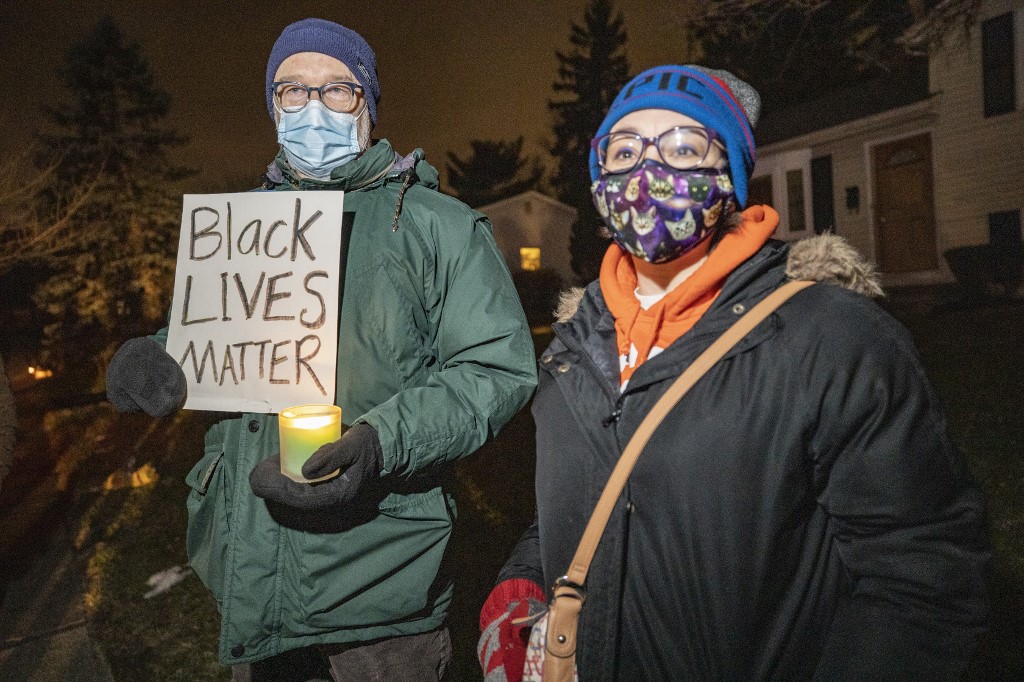 People hold a Black Lives Matter sign as they participate in a call to action "White People Stop Calling the Cops on Black People" protest hosted by Showing Up for Racial Justice Columbus(SURJ) in front of the house of the neighbor who called the police on Andre Hill the night he was shot and killed in Columbus, Ohio on December 28, 2020. (Photo: AFP)

The dismissal of Adam Coy, a 19-year veteran of the Columbus police force, followed the recommendation of Chief Thomas Quinlan, who concluded that Andre Maurice Hill, 47, was the victim of an act of "senseless violence" when he was gunned down on December 22. Hill was shot to death in the garage of a house where he had been staying as a guest in Ohio's capital.

"The actions of Adam Coy do not live up to the oath of a Columbus police officer, or the standards we, and the community, demand of our officers," Ned Pettus, the city's public safety director, wrote in a statement announcing his decision.

Pettus' decision capped a disciplinary hearing that came three days after Quinlan concluded his own expedited review, finding that Coy had engaged in "critical misconduct" that should cost him his job.

A separate state-level criminal probe of the shooting is ongoing. In addition to calling the shooting "an unreasonable use of deadly force," Quinlan faulted Coy for failing to immediately render medical aid to Hill.