Oil and gas firms invest less than 1% in green energy

While certain oil and gas majors have sought to burnish their green credentials, overall less than one percent of the sector's total investment is going into clean energy projects, a report said Monday.

Experts are increasingly worried that that target set in the 2015 Paris accord to limit global temperature rises to "well below" 2C is rapidly becoming unattainable, condemning the world to a cascade of costly droughts, superstorms, floods and wildfires as greenhouse gasses warm the atmosphere.

"A commitment by oil and gas companies to provide clean fuels to the world’s consumers is critical to the prospects for reducing emissions," the International Energy Agency said in a summary of its report on the role the oil and gas industry can play in a transition towards cleaner energy.

The agency, which advises industrialised nations on energy issues, found "few signs of a major change in company investment spending."

It added: "So far, investment by oil and gas companies outside their core business areas has been less than 1 percent of total capital expenditure."

Leading firms dedicate around five percent of their total investment to projects outside their core oil and gas businesses, it said, mostly into solar and wind projects.

"A much more significant change in overall capital allocation would be required to accelerate energy transitions," said the IEA.

It found that "the industry can do much more to respond to the threat of climate change."

That goes beyond investing into clean energy sources, as around 15 percent of global energy-related emissions of greenhouse come from getting oil and gas out of the ground and to consumers.

"There are ample, cost-effective opportunities to bring down the emissions intensity" of producing and delivering oil and gas, such as reducing methane leaks, said the IEA.

A switch towards clean electricity generation won't satisfy the world's energy needs either, it warned.

"It is also vital for companies to step up investment in low-carbon hydrogen, biomethane and advanced biofuels, as these can deliver the energy system benefits of hydrocarbons without net carbon emissions," it said.

Investment into these low-carbon fuels needs to rapidly rise to around 15 percent for a rapid transition of the energy sector. 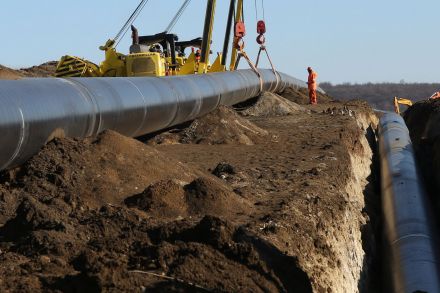