Okinawa governor calls for immediate halt to US base relocation work

TOKYO, June 22 (Xinhua) -- Governor of Japan's Okinawa Denny Tamaki on Saturday held talks with Foreign Minister Taro Kono, demanding an immediate halt to the relocation work of the US military base. 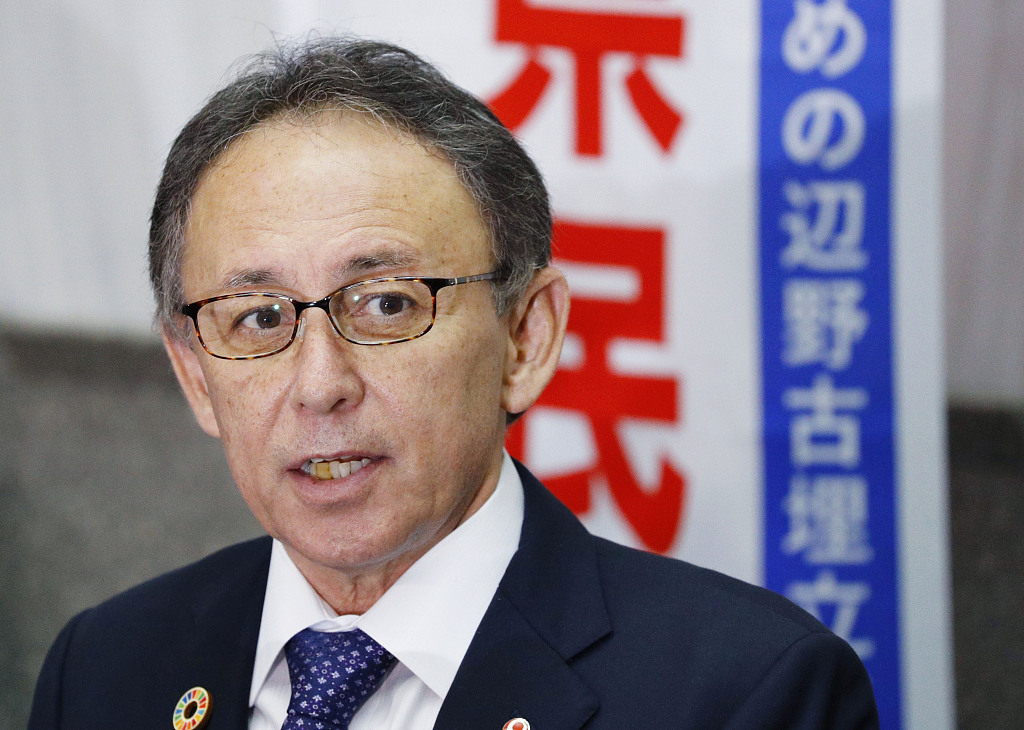 Okinawa Governor Denny Tamaki speaks to reporters at the prefectural government office in Naha in the early hours of Feb. 25, 2019, after more than 70 percent of voters rejected a plan to relocate a U.S. air base within Okinawa in a prefectural referendum the previous day. (File photo: VCG)

During the talks, Tamaki asked for a dialogue platform between the central government and the Okinawa prefecture to solve the US base relocation problem. Kono did not answer specifically, saying only that he was committed to reducing the base burden on Okinawa.

Tamaki said that more than 70 percent of local residents voted against the relocation in February. "The overwhelming majority clearly shows the public opinion. I hope the central government will treat it well."

However, Kono said "The central government will implement on a case-by-case basis what it can do to reduce the burden on the base."

Tamaki submitted a petition, stating the request to abandon the relocation plan and completely revision of the Japan-US Status of Forces Agreement, which stipulates the privileged status of the US military in Japan. He also mentioned the issue of US military helicopter parts falling into a junior high school in Okinawa Prefecture earlier this month, urging Kono to ask the United States to implement safety management.

The central and Okinawa governments have long been at odds over the relocation of the Futenma base from a crowded residential district in Ginowan to the less populated Henoko coastal area of Nago.