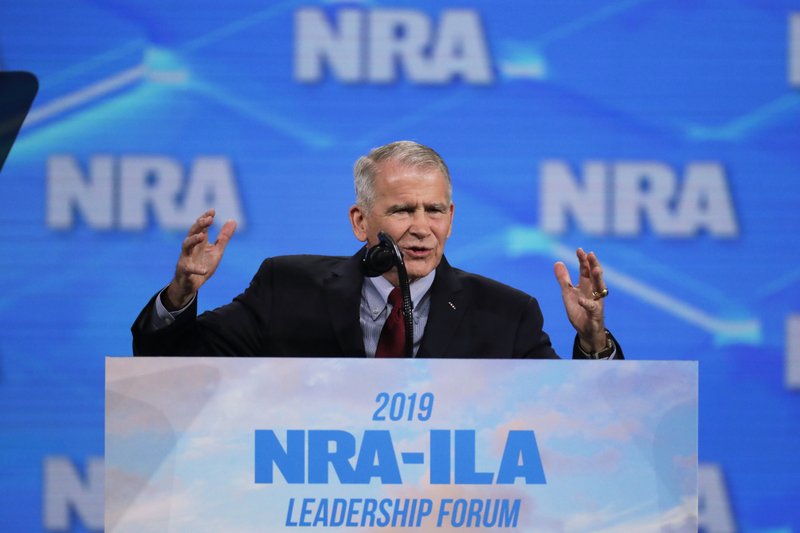 Retired Lt. Col. Oliver North said Saturday that he will not serve a second term as the president of the National Rifle Association amid inner turmoil in the gun-rights group.

In a statement read to members of the group Saturday, North said he believes a committee should be set up to review the NRA’s finances. North was not present at the meeting when the statement was read by Richard Childress, the NRA’s first vice president.

“There is a clear crisis and it needs to be dealt with” if the NRA is to survive, North’s statement said.

His announcement came after an effort by some members to force out top executive Wayne LaPierre, who has long been the public face of the group.

LaPierre sent a letter to board members Thursday saying that North was trying to push him out by threatening to release “damaging” information about him to the board.

North, best known for his role in the Iran-Contra scandal of the 1980s, is nearing the end of his first one-year term. His announcement that he will not serve a second term is a clear sign that his efforts to force out LaPierre have failed.

LaPierre got two standing ovations from the crowd of more than 1,000 NRA members before giving a scheduled speech after North’s announcement. He began by using standard NRA talking points, going after the mainstream media and lawmakers who seek to restrict gun rights. He did not mention his feud with North.

The NRA has sued the state, claiming its rights under the US Constitution’s First Amendment are being violated. In an unusual pairing, the American Civil Liberties Union has joined the NRA in its fight.

NRA officials are concerned that regulators in New York — where its charter was filed — are attempting to strip the group of its nonprofit status.

LaPierre told the crowd that efforts to strip away the Second Amendment right to bear arms will fail.