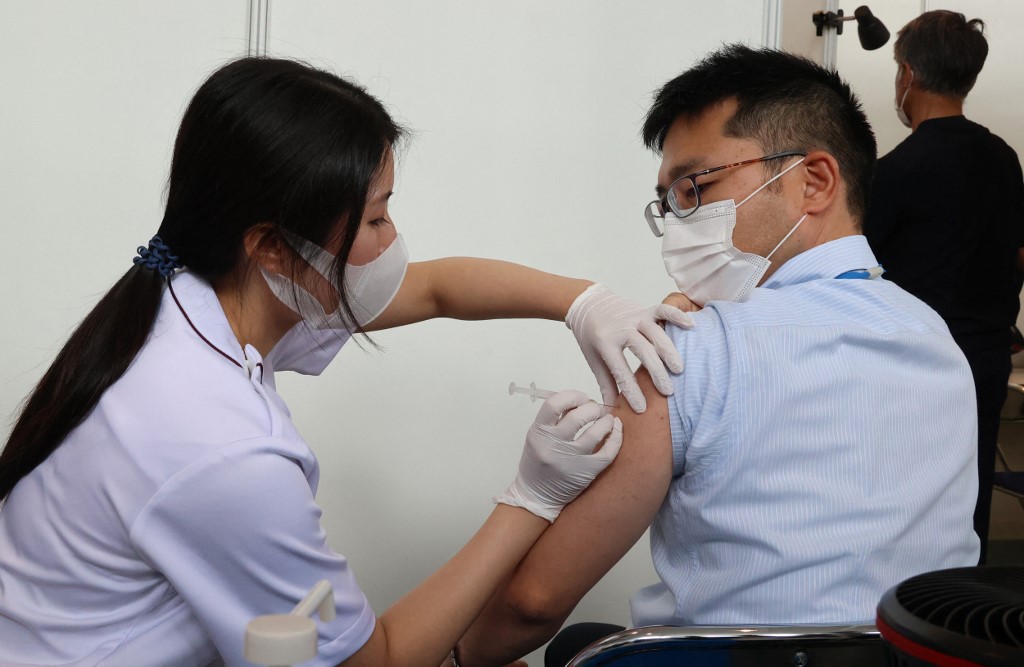 A man receives a COVID-19 vaccine at the Tokyo Metropolitan Government office in Tokyo on June 18, 2021, as the government office started vaccinations for people involved in the Tokyo 2020 Olympic Games. (Photo: AFP)

Thousands of Olympic volunteers and officials began receiving vaccines in Tokyo on Friday, five weeks before the Games, as experts warned it would be safest to hold the event without fans.

With just over a month until the July 23 opening ceremony, organisers are in the home stretch and scrambling to finalise virus rules and get participants vaccinated in time.

They also face a controversial and difficult decision over how many domestic fans, if any, will be in the stands for the pandemic-postponed Games.

Japanese Olympic athletes have already begun receiving vaccines, and the rollout expanded on Friday to Olympic staff, volunteers and others who will interact with overseas participants.

Chika Hirai, director of doping control for Tokyo 2020, was among those being vaccinated on Friday and said she had some niggling concerns about virus risks before getting jabbed.

"Now that I will be vaccinated, I will feel a little more reassured doing my job," she told reporters.

"Many people from abroad, including inspectors from my field, are coming to Japan after having been vaccinated themselves. I feel more relieved that we also won't be the source of the virus spread."

The jabs are separate from those being used in Japan's national vaccine rollout, which began slowly but has picked up pace lately, with over six percent of the population now fully inoculated.

The vaccinations come as organisers work to convince a sceptical public that the biggest international event since the pandemic began will be safe. 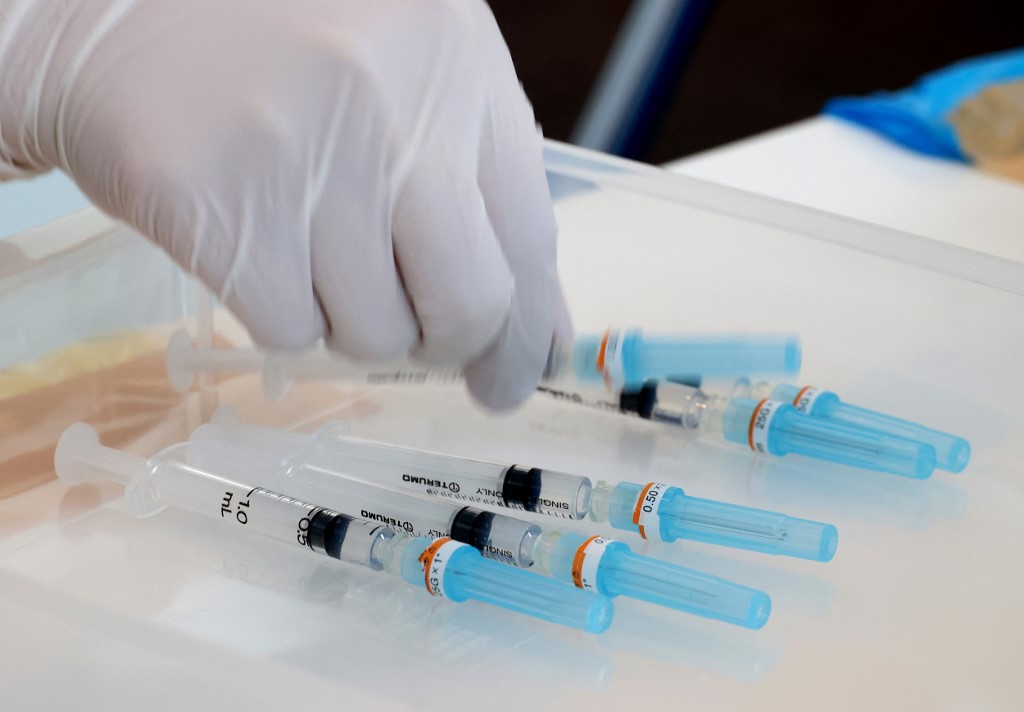 A medical worker picks a syringe to administer the COVID-19 vaccine at the Tokyo Metropolitan Government office in Tokyo on June 18, 2021, as the government office started vaccinations for people involved in the Tokyo 2020 Olympic Games. (Photo: AFP)

This week they have rolled out new virus rulebooks, warning athletes they could be barred from the Games if they violate regulations on mask-wearing or daily testing.

But they face a difficult decision over whether to allow spectators into the stands, with a group of leading medical experts who advise the government saying Friday a closed-door Games would be safest.

"Having no spectators would create the least risk in terms of the spread of infections inside venues, so we think this would be ideal," they wrote in a report submitted to Tokyo 2020 organisers and the government.

The number of fans at the Games will be limited by government virus measures, which in Tokyo currently cap spectators at 5,000 people or 50 percent capacity, whichever is smaller.

That rule is scheduled to stay in place until July 11, even though a virus state of emergency will end on Sunday.

After July 11, the cap will be raised to 10,000 people or 50 percent capacity, but the experts urged Olympic organisers to "impose stricter standards" if they allow fans.

They also want limits on spectators from outside the area.

And they warned organisers should be prepared to reverse course and ban fans if the infection situation or pressure on the medical system worsens during the Games.

A final decision on local fans is expected next week, with local media reports saying a 10,000-person cap was most likely.

Overseas fans have already been barred from attending for the first time in Olympic history as organisers try to tamp down infection fears.

Tokyo 2020 said Friday they have further slashed the number of overseas participants coming to Japan for the Olympics and Paralympics to 53,000, not including around 15,500 athletes.

That is down from original plans for 177,000 people, including officials, sponsors and media, they said.

The foreign volunteers facilitated by the IOC are meant to help ensure the Games do not place extra pressure on Japan's medical system.