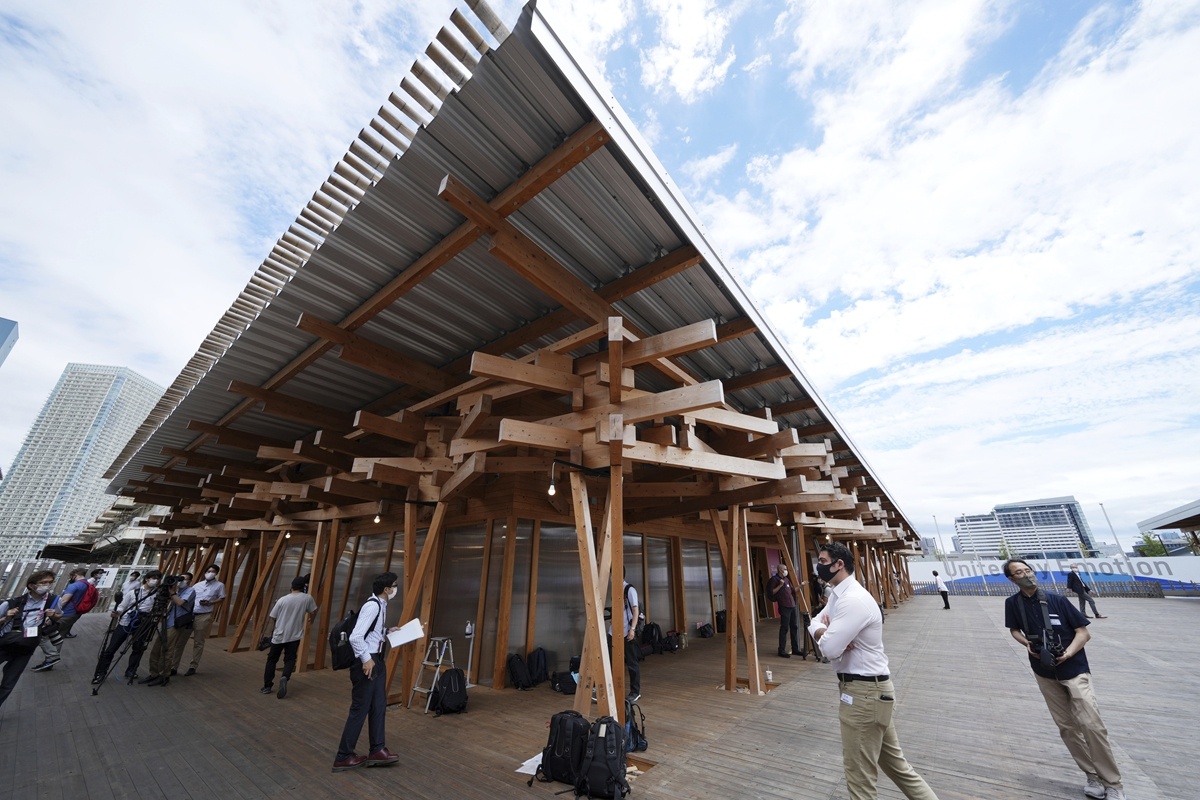 Journalists walk around the village plaza near the Tokyo 2020 Olympic Village during a media tour on Sunday in Tokyo, Japan. (Photos: VCG)

Tokyo 2020 organizers threw open the doors of the Olympic Village to the media on Sunday, showcasing virus upgrades including a fever clinic just over a month before the Games begins.

Organizers are in the home stretch before the July 23 opening ceremony, and are trying to build confidence that the mega-event will be safe for athletes and the Japanese public.

On Sunday, they unveiled the dedicated virus clinic, warned that drinking in groups at the village would be prohibited and said a mixed zone for guests had been scrapped.

Warning posters urging anti-virus measures including room ventilation have been placed throughout the mini-city, which can sleep 18,000 athletes and team members during the Olympics and 8,000 during the Paralympics.

The first glimpse of the ­village since 2020's postponement revealed a virtual city within a city, with ­everything from a playground and florist to dry cleaners and ice baths for athletes and staff.

The site stretches across 44 hectares of reclaimed land in the Tokyo Bay, with 21 residents towers, a 3,000-seat canteen, a park, gyms and recreation facilities, complete with Nintendo consoles.

But in just a few weeks, all that will change, with national teams taking up residence and up to 3,000 staff manning everything from stops for autonomous buses to kitchens serving thousands of meals.

The specter of the coronavirus, which forced the postponement of the Games in 2020, will hang heavy over the village.

The newly added fever clinic, separate from the main medical facility, will be used to test and isolate people suspected of virus infection or considered close contacts.

"This is just another example of how we are stringently managing matters about possible COVID-19 infections," said Takashi Kitajima, general manager for the village.

Testing will be "the biggest challenge," with about 20,000 carried out each day, according to Tetsuya ­Miyamoto, an official with Tokyo 2020's medical services.

Teams will collect their own samples for processing largely off-site by private operators.

Other virus measures include reduced seating for diners, plexiglass shields between gym equipment, and a kit of hand sanitizers and soap to be handed to village residents.

The village will be particularly important for athletes at this Games because they are barred from going anywhere else except training and competition venues.

And there will be no partying, officials warned. "When you drink alcohol, in principle, you are requested to drink alone," said Kitajima.

Competitors can only ­enter the village shortly before their event and must leave within 48 hours of being eliminated or their competition ending.

Beds are made from recyclable cardboard, but are tough enough to stand up to beefy weightlifters and towering basketball players, organizers say.

Kitajima promised excellent safety protocols, and athletes aren't likely to face the hot water shortages or dodgy plumbing that have made headlines at some previous Games.

Olympic officials expect most of those staying in the village will have been vaccinated, but the rules apply regardless of inoculation status, and athletes could be kicked out of the Games if they fail to comply.

In a taste of the challenges ahead, a member of the Ugandan Olympic delegation that arrived in Japan on Saturday tested positive for the virus, despite reportedly being vaccinated and testing negative before travel.

The safety measures are set to make for a Games like no other, with overseas fans already banned.

Public opposition to the Games appears to have softened in recent days, though a handful of protesters stood outside the village chanting against the Olympics as media toured the site.

A new poll on Sunday showed 86 percent of Japanese fear the Games will spark a rebound in virus cases.

After the Games, the village will be transformed into thousands of luxury bayside condos. Around 900 were sold before the postponement in 2020 - some carrying a price tag of 170 million yen ($1.5 million). 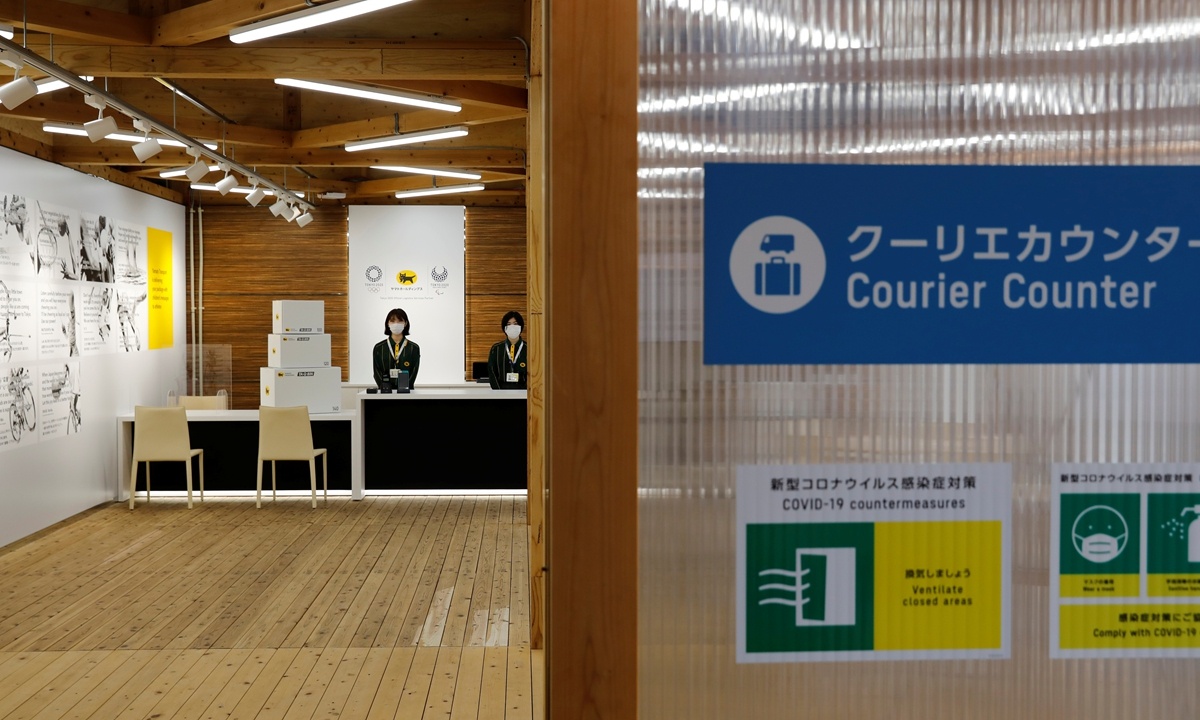 A courier counter at the village plaza of the Tokyo 2020 Olympic Village is pictured in Tokyo, Japan on Sunday.