The U.S. confirmed over 80 million COVID-19 cases on Wednesday, with 978,102 deaths, both the highest in the world, according to data from Johns Hopkins University. 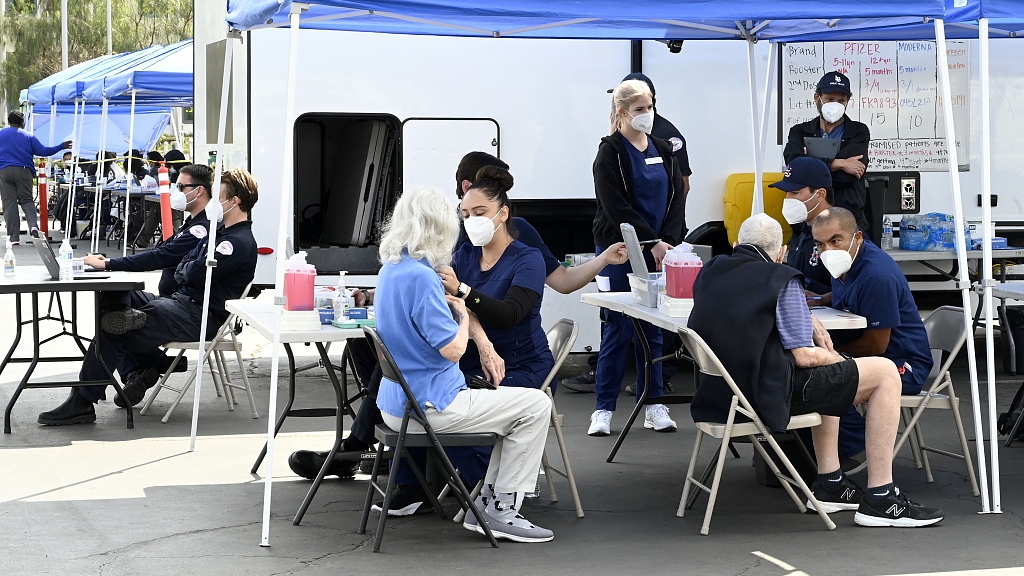 Notably, the U.S. COVID-19 caseload reached 50 million by mid-December last year, nearly two years after the country reported its first laboratory-confirmed case in January 2020. But the number quickly surged to 80 million in the past several months, after the country identified its first Omicron infection on December 1, 2021.

Reported COVID-19 cases among children also spiked dramatically in 2022 during the Omicron variant surge, with over 4.9 million child cases reported since the beginning of January, according to data from the American Academy of Pediatrics (AAP).

Over 12.8 million children have tested positive for COVID-19 since the onset of the pandemic, according to available state reports, the AAP said.

More deaths during Omicron wave than during Delta surge 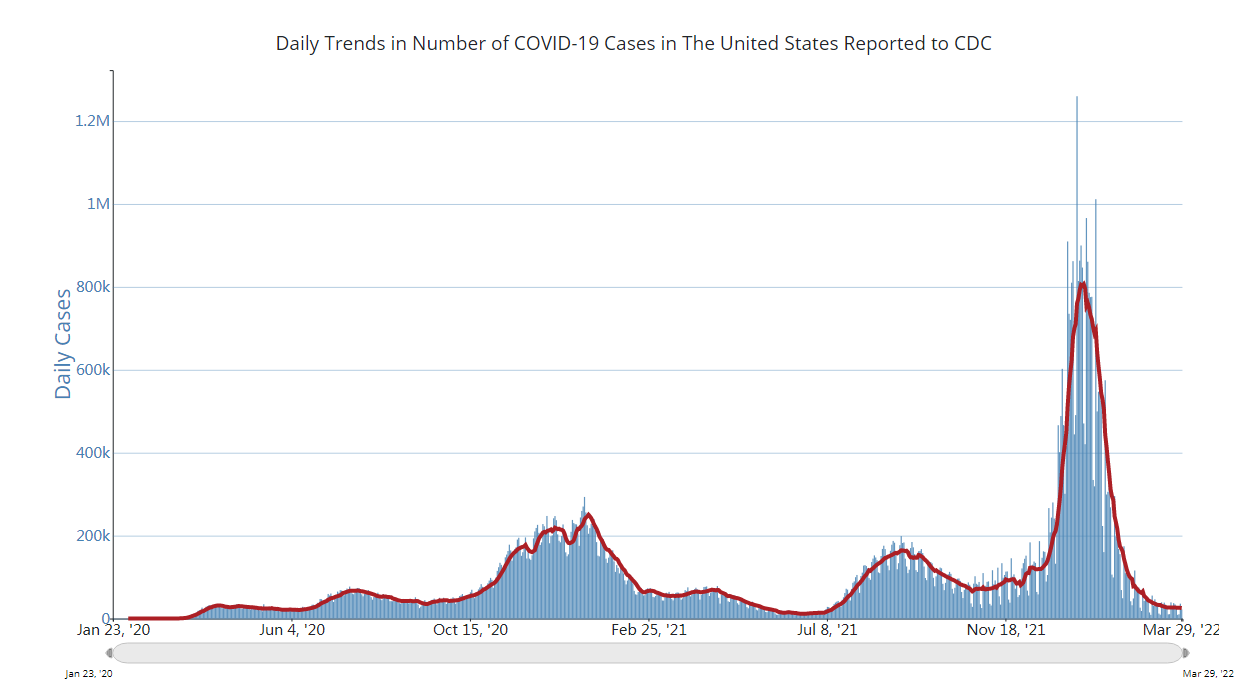 Daily trends in number of COVID-19 cases in the U.S. (Image: US CDC)

And while the Omicron variant of the coronavirus has been considered by many as milder than the Delta variant, the U.S. has reported more deaths during the latest Omicron wave than in the previous Delta surge, data from the U.S. Centers for Disease Control and Prevention (CDC) showed.

Since the U.S. confirmed its first Omicron infection on December 1, 2021, the country has reported more than 31 million new infections and more than 191,000 deaths, according to data from the U.S. CDC.

In contrast, between August 1 and October 31, 2021, a similar duration covering the worst of the Delta surge in the U.S., the country confirmed about 10.9 million new infections and over 132,000 deaths. 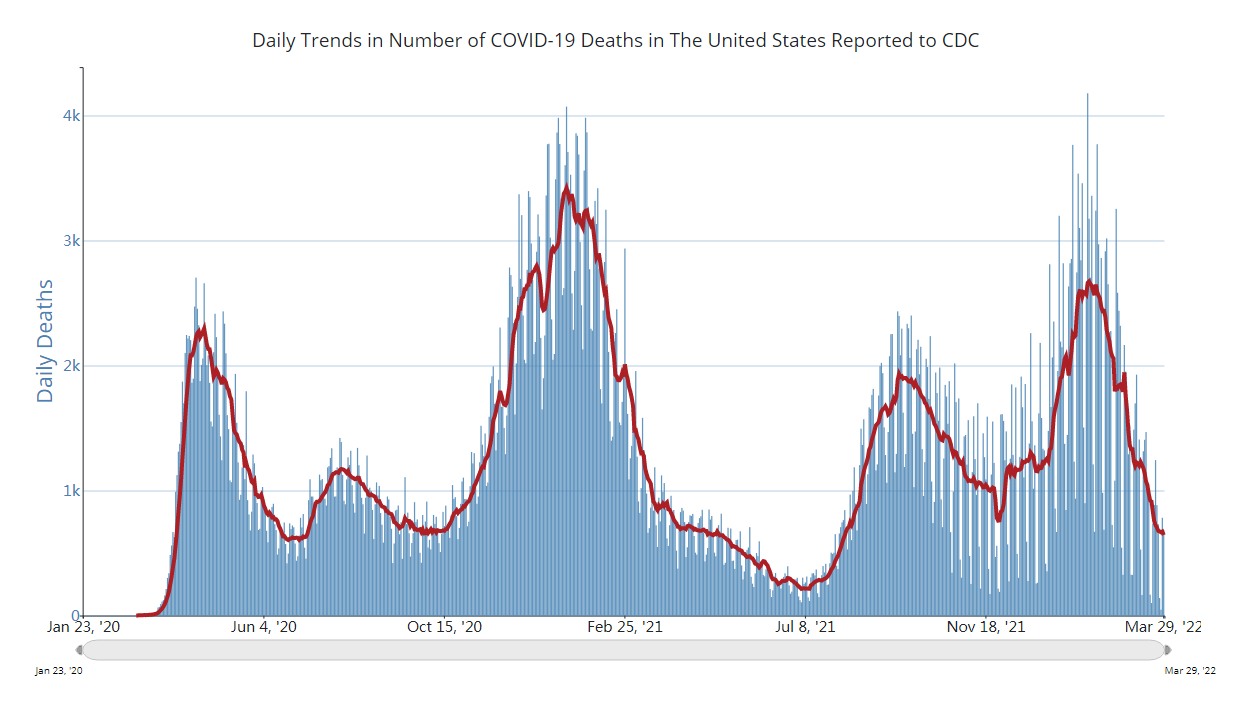 Daily trends in number of COVID-19 cases in the U.S. (Image: US CDC)

The highly transmissible Omicron sub-variant BA.2 has become the dominant coronavirus strain in the U.S., causing more than half of all COVID-19 infections last week, the U.S. CDC said Tuesday.

The strain, which is more transmissible than its highly contagious Omicron siblings, BA.1 and BA.1.1, is now dominant worldwide, according to the World Health Organization (WHO).

Although the evidence so far suggests that it is no more likely to cause severe disease, experts don't exactly know how it will evolve and what consequences it will bring about.

Since its takeover, global caseload, which had been declining since the first week of January, has been rising again.

WHO: 'Pandemic remains far from over'

"The pandemic remains far from over," WHO Director-General Tedros Adhanom Ghebreyesus wrote in an updated plan for COVID-19 released on Wednesday.

"We must guard against false narratives that COVID-19 is a mild disease that can be ignored. More than 6 million lives have been lost to COVID-19. In the first week of February alone, more than 75,000 people were reported to have died from COVID-19: a shocking number that we know is an underestimate," he wrote.

"Although it is impossible to predict precisely how the SARS-CoV-2 virus will evolve, we know that new variants will arise as transmission continues and, in many cases, intensifies," he added.