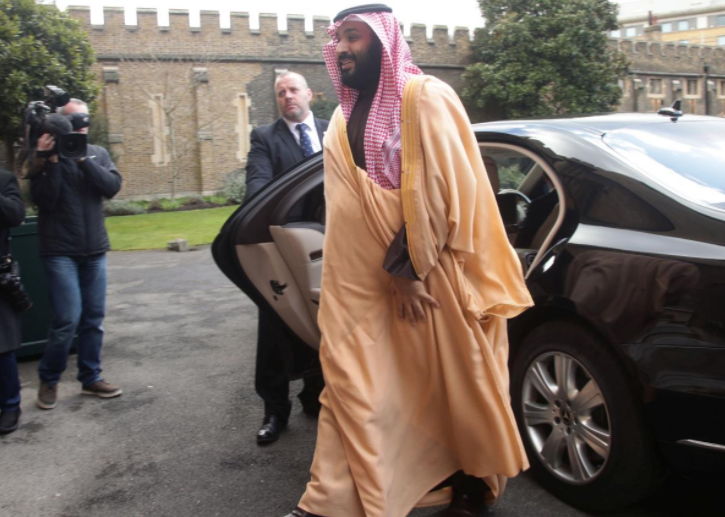 Saudi Arabia called the 2015 nuclear deal between Iran and world powers a “flawed agreement” on Monday, on the eve of a meeting between the Saudi crown prince and US President Donald Trump who have both been highly critical of Iran.

“Our view of the nuclear deal is that it’s a flawed agreement,” Saudi Foreign Minister Adel al-Jubeir told reporters in Washington.

The meeting between Crown Prince Mohammed bin Salman and Trump comes at a time when Riyadh and Washington have been strengthening their relationship after tensions under the previous US administration, in part over Iran.

Jubeir called out Iran for what Riyadh has long slammed as Tehran’s destabilizing behavior in the region.

“We’re looking at ways in which we can push back against Iran’s nefarious activities in the region,” Jubeir said, lambasting Tehran’s support for the Houthi militia in Yemen and support for Syrian President Bashar al-Assad in Syria.

Saudi Arabia had viewed with unease the administration of US President Barack Obama, whom they felt considered Riyadh’s alliance with Washington less important than negotiating the Iran nuclear deal.

Saudi state news agency SPA said the crown prince left for the United States on Monday to begin the visit, which is also expected to include meetings with business leaders and stops in New York, Boston, Los Angeles, San Francisco and Houston.

It is first visit by Mohammed bin Salman, or MbS as he known in Western circles, to the United States since he became heir apparent.

He visited Britain earlier this month on his first foreign tour since his rise as part of efforts to persuade Western allies that “shock” reforms have made his country, the world’s top oil exporter, a better place to invest and a more tolerant society.

He will meet Trump on Tuesday at the White House as well as senior administration officials. The crown prince is also due to meet with members of Congress, some of whom have been critical of the Saudi campaign in Yemen, particularly the humanitarian situation and civilian casualties.

In his meetings with business, industry and entertainment leaders, the prince is aiming to cultivate investments and political support. Several dozen Saudi chief executives are expected to join him in touting investment opportunities in the kingdom.

Jubeir said he would meet with executives in the oil and gas industry in Houston. He added that Riyadh would look to sign memorandums of understanding, without providing additional details.

The crown prince will have meetings at Google, Apple and Lockheed Martin. He will also participate in a Saudi-US CEO forum in New York and will meet with UN Secretary General Antonio Guterres.

Jubeir lauded the US-Saudi relationship at an “all time high.”

Any visit to the New York Stock Exchange will be watched closely by investors because of the potentially lucrative listing of up to 5 percent of Saudi Aramco expected later this year.

Sources close to the process said the kingdom is increasingly looking to just float the oil giant locally as plans for an initial public offering on an international exchange such as New York or London appear to be receding.

Saudi Energy Minister Khalid al-Falih said recently that Aramco was too important to risk listing in the United States because of litigation concerns, such as existing lawsuits against rival oil companies for their role in climate change.

But the severity and secrecy of an anti-corruption crackdown

last November, after Prince Mohammed was named heir to the throne, has unnerved some investors.

The crown prince is also likely to reiterate to Washington the view of Saudi Arabia that its regional arch-rival, Iran, should not be trusted given its nuclear program.

Under a deal reached with major powers including the United States in 2015, Tehran curbed its enrichment of uranium for nuclear fuel, a process that can also yield atomic bombs, in exchange for a removal of tough international sanctions.

Trump delivered an ultimatum to the European powers on Jan. 12, saying they must agree to “fix the terrible flaws of the Iran nuclear deal” or he would refuse to extend US sanctions relief on Iran that it calls for.