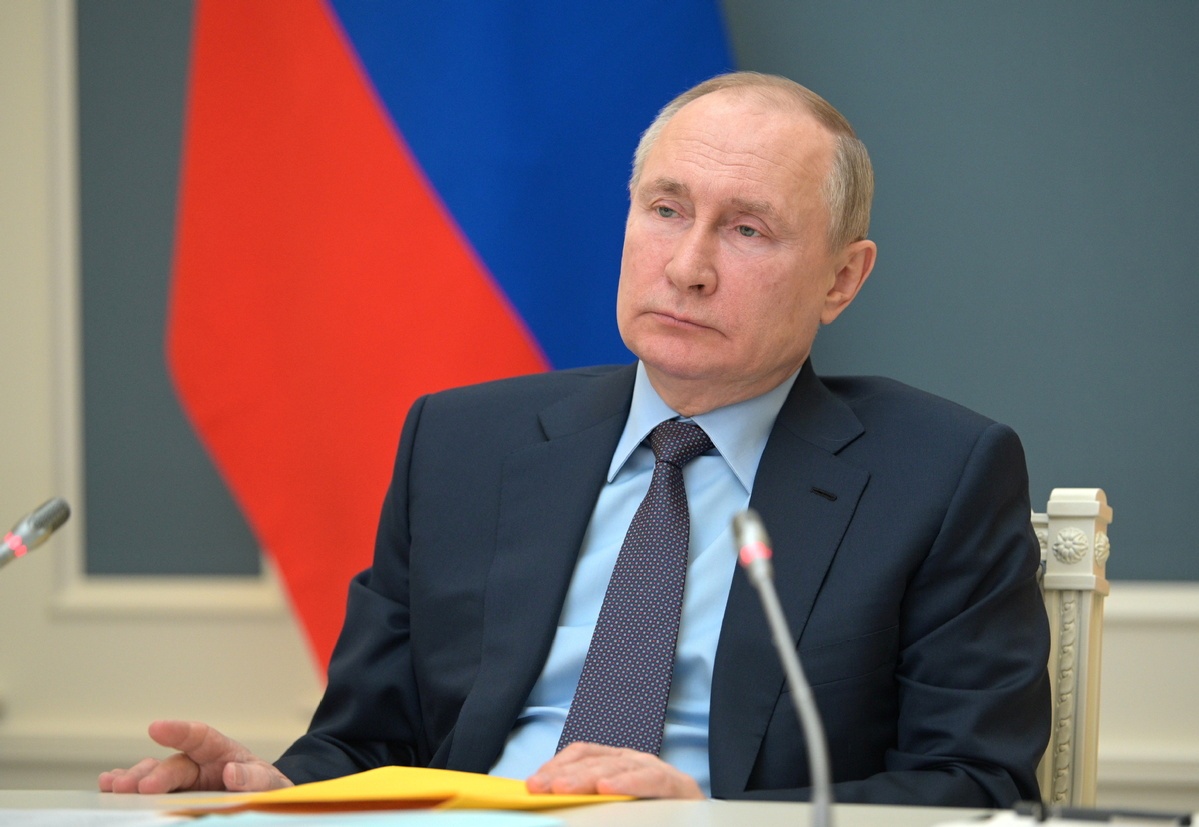 Russia will firmly safeguard its national interests and not forgive those who have forgotten the lessons of World War II, Russian President Vladimir Putin said on Sunday.

"The war brought about so many unbearable ordeals, grief and tears that this cannot be forgotten. And there is no forgiveness and excuse for those who are again nurturing aggressive plans," Putin said from the reviewing stand during the military parade in Red Square in Moscow, devoted to the 76th anniversary of the Soviet Union's victory in the 1941-45 Great Patriotic War.

His speech to thousands of soldiers and veterans in Red Square came at the start of an annual parade in which hundreds of pieces of military hardware roll through the streets.

"The Soviet people kept their sacred oath, defended the homeland and freed the countries of Europe from the black plague," Putin said. "Russia consistently defends international law. At the same time, we will firmly defend our national interests to ensure the safety of our people".

The Soviet Union's victory over Nazi Germany in the Great Patriotic War was an event of enormous importance for the destinies of the entire world, Putin said.

The country would always remember the feat of the Soviet people who fought against the enemy during the most difficult period of the war, Putin said.

He denounced what he called a creeping return of ideologies of the time, when "slogans of racial and national superiority, of anti-Semitism and Russophobia, became ever more cynical".

Russia celebrates Victory Day every year on May 9, which is also one of the country's biggest national holidays. During the day, there are unceasing flows of people in many cities laying flowers at monuments to pay tribute to all the lost lives, while medal-bedecked veterans tell war stories to younger generations.

The parade in Red Square involves more than 12,000 troops, about 190 items of military and special hardware and 76 aircraft and helicopters.

The parade began with a march of the banner group of the Preobrazhesnky Regiment's Honor Guard's battalion, one of the oldest and most elite guard regiments of the Russian Army, carrying the Russian national flag and the legendary Victory Banner across Red Square.

Victory Day parades, which became an annual event only after the collapse of the Soviet Union in 1991, also took place on Sunday in dozens of cities across the nation.