One dead, 11 injured in NYC shooting

NEW YORK, July 28 (Xinhua) -- One person is dead and 11 others injured in a shooting in the New York City borough of Brooklyn on Saturday night, according to the New York Police Department (NYPD). 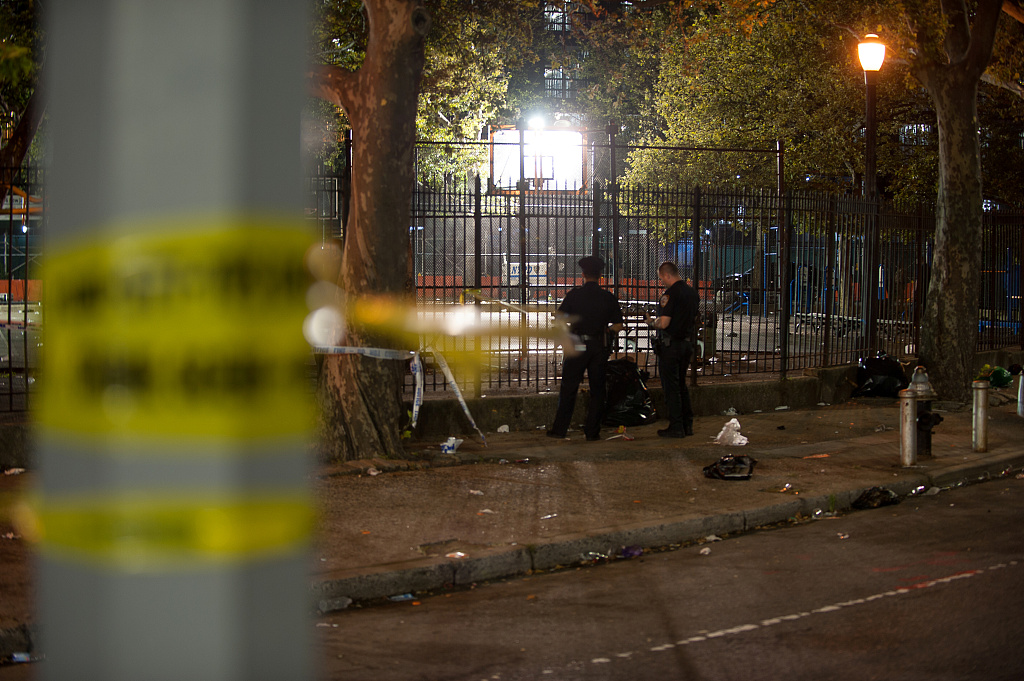 Members of the NYPD investigate a shooting at the Brownsville Recreational Center in the Borough of Brooklyn, New York City, U.S. July 28, 2019. (Photo: VCG)

The incident took place during a large outdoor event at a local park at around 11 p.m. (0300 GMT on Sunday).

A 38-year-old man died upon arrival at hospital while several others remained in critical condition, an NYPD spokesman was cited by the local media as saying early Sunday.

No arrest has been made by police.

According to NYPD Commissioner James O'Neill, there were around 2,000 to 3,000 people attending the annual Old Timers Event when the shooting occurred.

"We will do everything in our power to keep this community safe and get guns off our streets," he tweeted.

The United States has one of the highest gun-related death tolls in the world due to lax gun control laws, according to a study released in August last year by the Institute for Health Metrics and Evaluation at the University of Washington.