One dead, 14 rescued in refugee boat tragedy in Aegean Sea 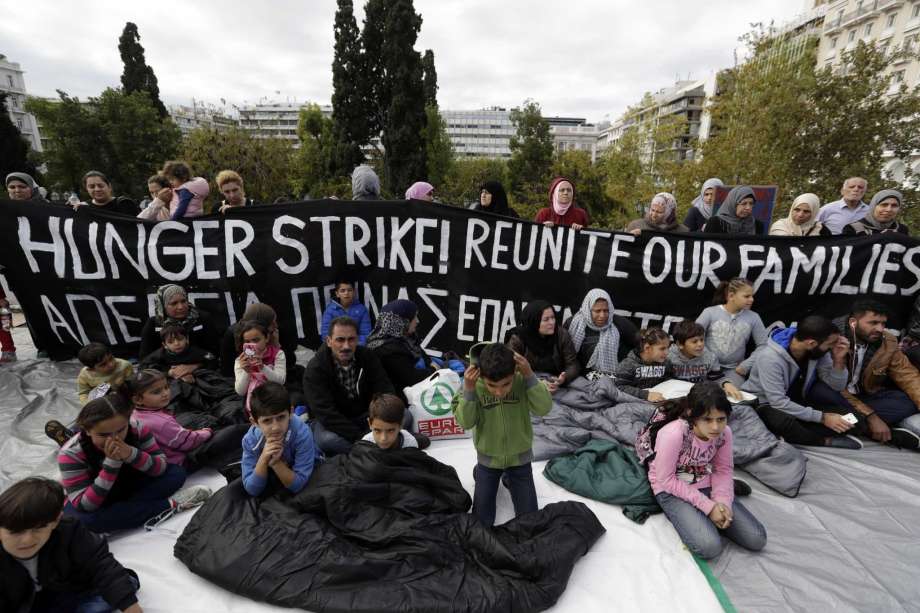 Stranded migrants and refugees demonstrate during a rally in Athens, Wednesday, Nov. 1, 2017. A few dozens people protested against delays in reuniting with their relatives in Germany as some of them will start hunger strike in front of the Greek Parliament. Photo: AP

The body of a woman was retrieved and 14 people including a minor were rescued after a wooden boat carrying refugees and migrants from Turkey to Greece sank off the Greek island of Kalolimnos, Greece' national news agency AMNA reported on November 3.
According to the Greek Coast Guard, the rescue operation is underway, as passengers said there were 22-24 people on the boat when it sank.