WORLD One killed, 33 wounded in blast inside bus station in Kashmir

One killed, 33 wounded in blast inside bus station in Kashmir 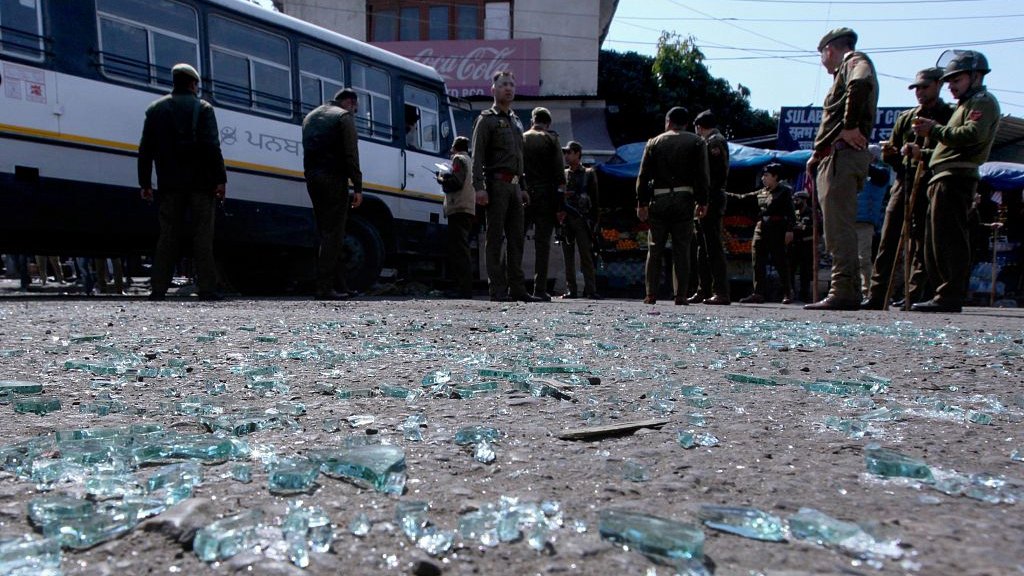 One person was killed and 33 others were wounded in a grenade blast inside a busy bus station in Indian-controlled Kashmir on Thursday.

The blast took place at the main bus station in Jammu city, the winter capital of Kashmir.

The grenade was thrown beneath an empty bus parked at the station and triggered panic as soon as it went off, according to local police. 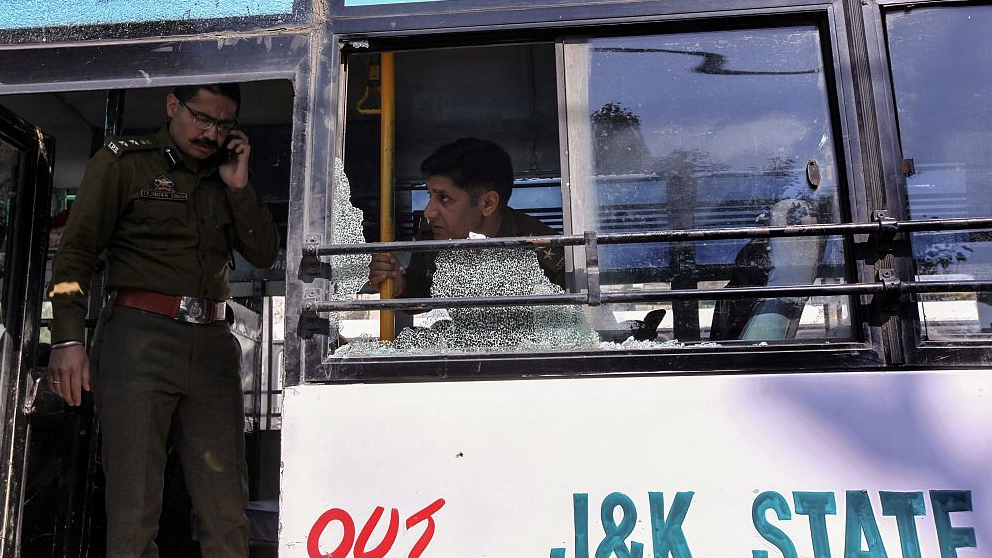 Indian police inspect a damaged bus at the site of a grenade blast at a bus station in Jammu on March 7, 2019. (Photo: VCG)

Following the blast, police rushed to the spot and the wounded have been taken to the local hospital.

The cause of the blast has yet to be ascertained.

So far, no arrest has been made regarding the blast.

The attack comes just weeks after 40 Indian troops were killed by a Pakistan-based militant group in Kashmir.