At least one person has been killed and two injured in a huge fire that burned through a historic factory in Russia's second city Saint Petersburg on Monday, sending plumes of black smoke over the city. 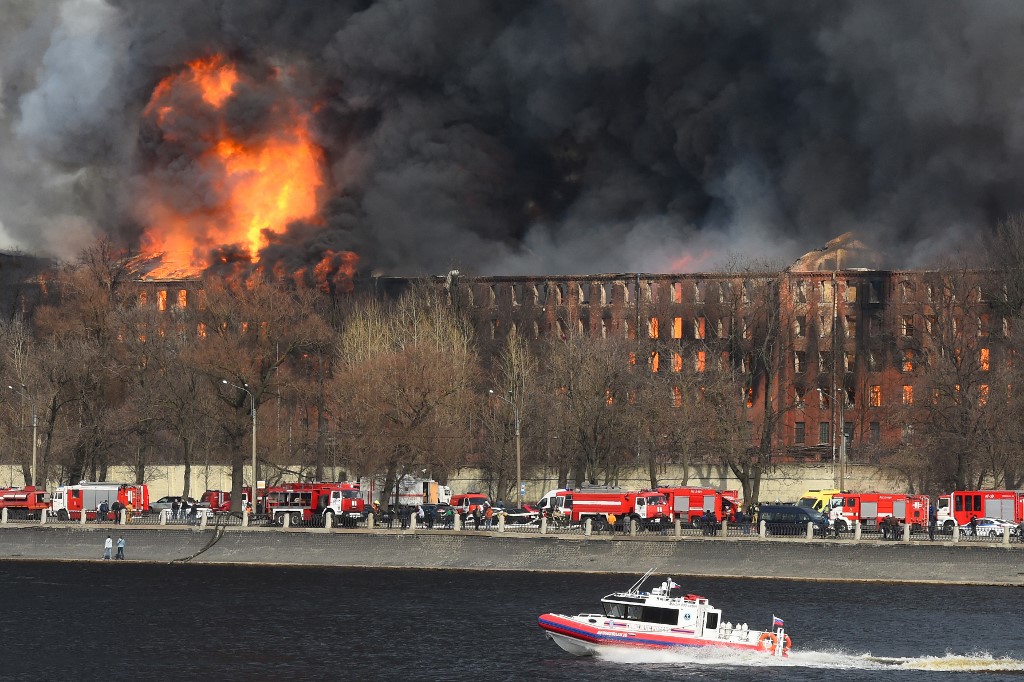 Firefighters work to extinguish a fire in a historic factory in Saint Petersburg on April 12, 2021. (Photo: AFP)

The emergencies ministry said the fire had broken out over several floors of the red-brick Nevskaya Manufaktura building.

Forty people have been evacuated, while two firefighters have been hospitalized and contact has been lost with another, it said.

The factory had been nationalized and run as a state entity until it was privatized in 1992. In recent years parts of the building continued to operate manufacturing cloth, while others were rented out as office space and some areas had been abandoned.