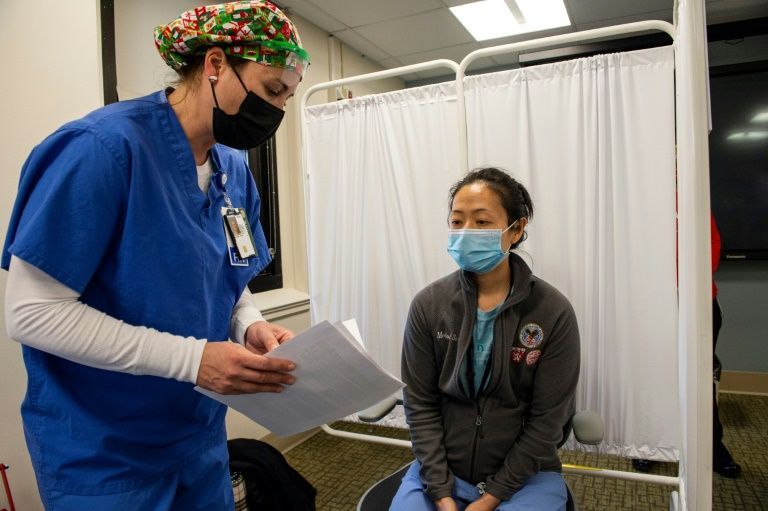 More than a million people have received their first dose of a Covid-19 vaccine in the United States, Centers for Disease Control and Prevention (CDC) director Robert Redfield said Wednesday.

"The United States achieved an early but important milestone today -- jurisdictions have now reported that more than one million people have received their first dose of Covid-19 vaccine since administration began 10 days ago," said Redfield.

In a call with reporters, Moncef Slaoui, chief advisor of the government's Operation Warp Speed, said that the objective of immunizing 20 million people this month was "unlikely to be met."

But he said the US was still aiming for 100 million people immunized by the end of the first quarter of 2021, and another 100 million by the second quarter.

Three million doses were delivered last week across the United States, with the first authorized vaccine, developed by Pfizer and BioNTech, administered on December 14.

This week, the target was to distribute six million vaccine doses by Moderna this week and another two million of Pfizer's.

The US is the world's hardest-hit country and is in the middle of an extreme winter surge.

More than 320,000 people have succumbed to the virus, and it will likely be the leading cause of death in 2020 behind heart disease and cancer.

Residents of long-term care facilities and health care workers were at the front of the line, while the next phase is set to target people aged over-75 and critical workers.