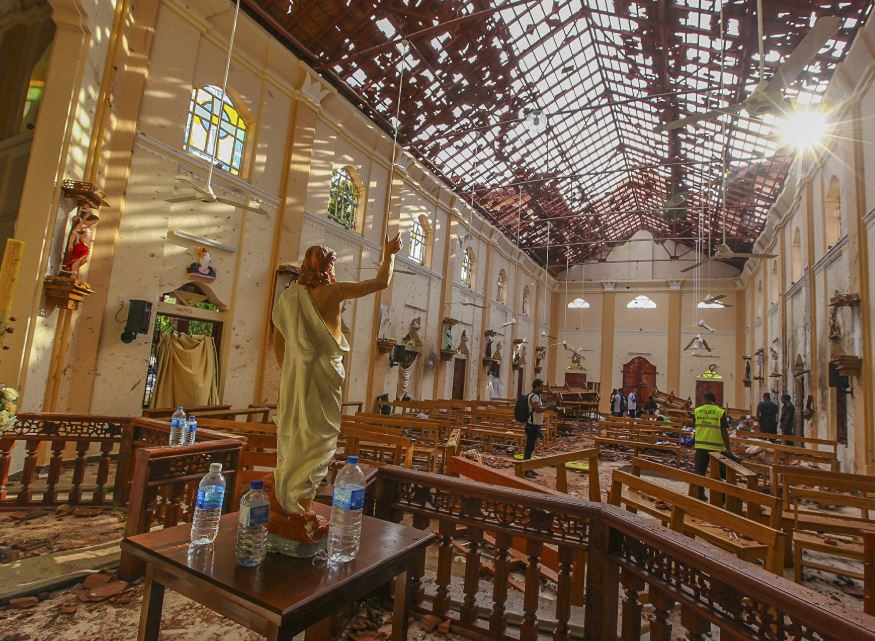 PARIS, June 14 (Xinhua) -- France-based international police agency Interpol on Friday announced the arrest of "one of the alleged ringleaders" of suicide bombings, which rocked hotels and churches across Sri Lanka two months ago.

Following the publication of an Interpol Red Notice, which is a request to law enforce, Ahamed Milhan Hayathu Mohamed was detained in the Middle East, it said in a statement.

Wanted on charges of terrorism and murder, the 29-year-old Sri Lankan national was extradited on Friday to Sri Lanka along with four other suspects, it added.

"The arrest and extradition of one of the key suspects in the Sri Lanka bomb attacks is an important step in the ongoing investigation, and one which Interpol is proud to have supported," said the agency Secretary General Jurgen Stock.

"Red Notices are a powerful tool in helping our member countries cooperate seamlessly across borders in order to locate and bring international fugitives to justice," he added.

As part of the investigation, Interpol had deployed Incident Response Team (IRT) that included experts in counter-terrorism, explosives, analysis and disaster victim identification, in addition to providing real-time crosschecks against the police agency's global databases.

More than 200 people were killed and hundreds others were wounded in the first major attack on the Indian Ocean island since the end of a civil war a decade ago.

The Islamic State (IS) claimed responsibility for the attacks.