WORLD One police officer killed, 4 others injured in Colorado

One police officer killed, 4 others injured in Colorado 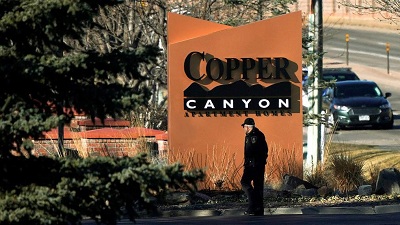 One police officer was killed and four were injured after they responded to a domestic disturbance Sunday morning at an apartment complex in the western US state of Colorado, said the authorities.

The sheriff's office said at 5:13 am deputies responded to a domestic disturbance call at the apartments.

"During the Investigation, shots were fired and multiple deputies were injured. No status on the deputies and no status on civilian injuries," the sheriff's office tweeted.   Meghan Lopez, a reporter for KMGH-TV, said she heard gunshots when her crew pulled up to the scene.

The scene remains active, police said. Multiple law enforcement agencies and a SWAT team are on scene.   Residents have been told to avoid this area.

An emergency shelter has been set up. "If anyone has been displaced from their homes due to this event please feel free to head there," the sheriff's office tweeted.