MOSCOW, April 22 (Xinhua) -- One soldier died and 27 other crew members went missing when they were fighting for the survival of the Russian missile cruiser Moskva that sank in the Black Sea last week, the Russian Defense Ministry said Friday. 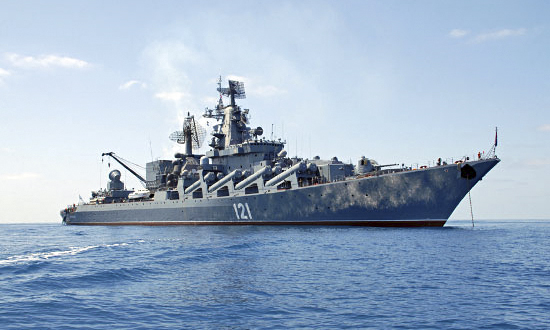 The remaining 396 crew members of the Moskva, the flagship of Russia's Black Sea Fleet, were evacuated to other ships in the area and delivered to Sevastopol, the ministry said in a statement.

The ministry has provided all the necessary support and assistance to the families and friends of the deceased and missing, it added.

According to a survey, the vast majority of the Moskva crew members want to continue to serve in the Black Sea Fleet.

The Moskva was "seriously damaged" by the detonation of ammunition onboard as a result of a fire on April 13 and a day later it sank in stormy seas when it was being tugged to a port, the Russian Defense Ministry said.

The Ukrainian side said that its border guards used Neptune anti-ship cruise missiles to deliver "very serious damage" to the Moskva.