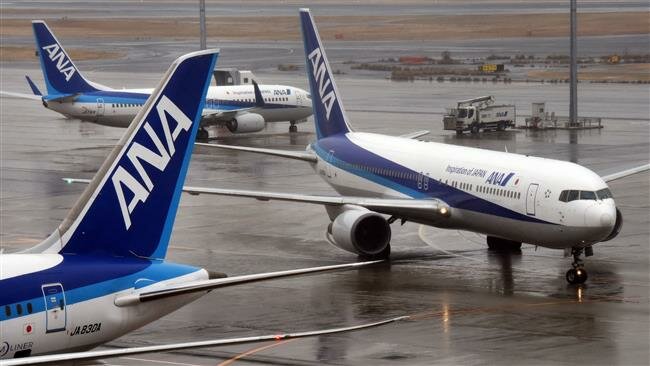 Some 2,500 regular flights every week were initially scheduled between Japan and South Korea from late March to late October. According to Japan's transport ministry, about 940 flights were canceled, among which 242 at Kansai Airport in Osaka, 138 at Fukuoka Airport, 136 at New Chitose Airport in Hokkaido, and 132 at Narita Airport near Tokyo.

Moreover, all regular flights to South Korea were canceled at six other Japanese airports including Oita and Yonago.

The Japan National Tourism Organization estimates that 201,200 South Koreans visited Japan last month, down 58 percent from a year before.

A record high of over 7.5 million South Koreans visited Japan last year. However, the number has been falling since July, when Japan's government tightened controls on some exports to South Korea.

The export restrictions by Japan were made after a South Korean top court's ruling last year that ordered some of Japanese companies to compensate the South Korean victims who were forced by Imperial Japan into hard labor without pay during the 1910-1945 Japanese colonization of the Korean Peninsula.

Japan claimed that all colonial-era issues were settled through the 1965 treaty that normalized diplomatic relations between Seoul and Tokyo after the colonization, but South Korea said the accord did not involve individuals' right to reparation.

The two governments have begun discussing ways to resolve their months-long spat over compensation for wartime labor, with the creation of a fund to provide money for economic cooperation as an option, sources said on Monday.