WORLD One UN peacekeeper killed, several others wounded in Mali

One UN peacekeeper killed, several others wounded in Mali

UNITED NATIONS, May 19 (XINHUA) -- A United Nations peacekeeper was killed and several others were wounded in two incidents in Mali on Saturday, the UN said.

A UN statement said a Nigerian blue helmet "succumbed to his wounds following the armed attack by unidentified assailants" in Timbuktu. Another Nigerian peacekeeper was also injured in the attack.

While expressing his deep sadness over the loss, UN Secretary-General Antonio Guterres said the attack could amount to a war crime.

In a separate development on the same day, three Chadian peacekeepers were wounded when their vehicle hit an improvised explosive device in Tessalit in the Kidal region. 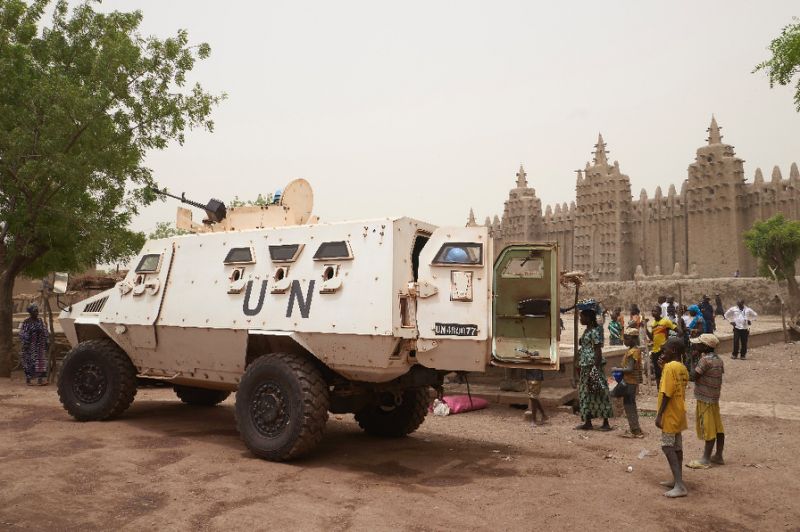 A United Nations peacekeeper was killed and several others were wounded in two incidents in Mali on Saturday. (Photo: AFP)

In Mali, more than 190 UN peacekeepers have so far died, some 120 of them killed during hostilities, showed UN data.

The UN Multidimensional Integrated Stabilization Mission in Mali (MINUSMA) was deployed in 2013 to support the political processes in the northwestern African country. During a failed coup in 2012, extremist militias took control of Mali's north, and were in the following year mostly forced out due to the French military intervention. A UN-backed peace deal in 2015 between the government and various armed groups has failed to stabilize the situation in the country's central and northern regions.