WORLD One woman dead, another injured in US Pittsburgh stabbing

One woman dead, another injured in US Pittsburgh stabbing 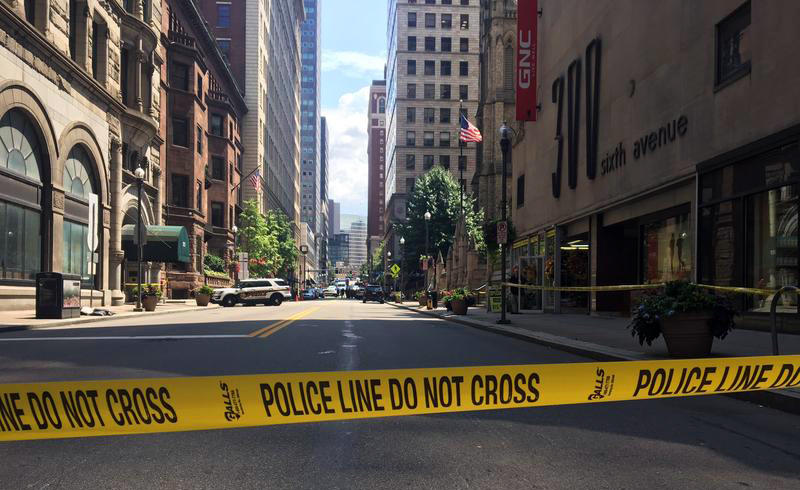 WASHINGTON, Aug. 8 (Xinhua) -- One woman was killed and another was wounded in a stabbing in downtown Pittsburgh, U.S. state of Pennsylvania, on Thursday, the authorities said.

A man was in custody after police said he came up from behind an officer and then stabbed the two women at a Port Authority bus stop in Downtown at the noon, according to local media reports.

The first victim was taken to the hospital, where she died. The second woman suffered minor injuries, said the reports.

Commander Victor Joseph, head of Pittsburgh Police Violent Crimes Unit, said the man was armed with a knife and it did not appear that the two women knew each other.

The dead woman was said to be wearing a hijab. However, police don't think the attack was motivated by religion or ethnicity, according to the Pittsburgh Post-Gazette, the largest local newspaper in western Pennsylvania.

"We do not have a motive right now on why this crime took place - it seems, by all accounts, a random act of violence," Joseph told the newspaper.

A witness's video from the immediate aftermath of the stabbing showed a police officer with his gun drawn, pointing it at a man who was on the ground. A woman who appeared to be wearing a hijab stood behind the officer, while another woman sat at the bus stop, the newspaper reported.