WORLD One year on: Is Trump's Afghan policy instrumental in achieving peace?

One year on: Is Trump's Afghan policy instrumental in achieving peace? 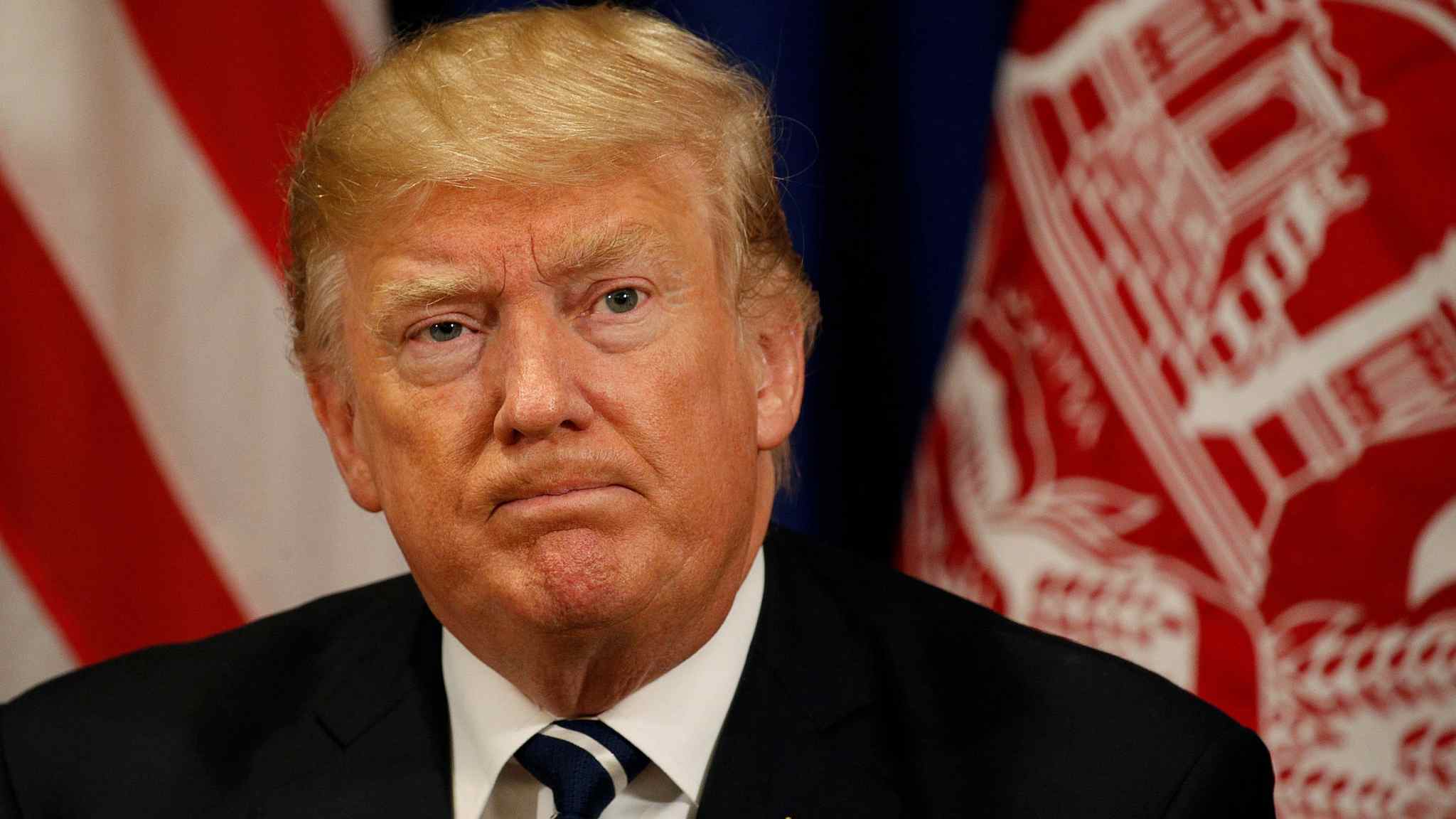 A year since US President Donald Trump unveiled his strategy for Afghanistan, thousands of civilians are still being killed and wounded. With the three-month conditional ceasefire to mark the Muslim Eid al-Adha holiday, how long will the country wait to embrace true peace?

Due to the implementation of Trump's strategy, the violence and bloodshed in Afghanistan have plagued the war-torn nation and overshadowed some small glimmers of progress, reports said.

Though US officials and Taliban representatives held talks, the Taliban demanded the withdrawal of US forces last week.

Trump unveiled his "fundamental conclusions" about US core interests in Afghanistan on August 21 last year.

"Our nation must seek an honorable and enduring outcome worthy of the tremendous sacrifices that have been made, especially the sacrifices of lives," Trump said, calling the consequences of a rapid exit both predictable and unacceptable.

General Joseph Votel, the top US regional commander, said last month that the strategy which set no deadline for US forces to leave Afghanistan had squeezed the Taliban and created the space for diplomatic and social pressure for peace to build.

In an interview with ABC News and the Wall Street Journal, Votel noted, "My assessment is, we are cautiously optimistic, that we are moving this in the right direction."

"The advancement toward the reconciliation goal in President Trump's strategy has seen progress in the last year that we haven't seen in the previous 17 years, and that is significant," General John Nicholson, commander of the NATO-led Resolute Support mission, told reporters in July.

Who will bring peace

Contrary to the general's points, Dr. Matin Royeen (Ph.D.), a Cross-Cultural and Peace Educator in the US, called Trump's new policy in Afghanistan a continuation of his predecessors' war policy with some exceptions.

After Trump announced the strategy, Royeen opined on TOLOnews, an Afghan news network, with a headline "Trump's War Strategy Will Not Bring Peace To Afghanistan."

"Unless we take some bold steps towards peace, the agony of the Afghan nation will continue and we have no way out of this quagmire in Afghanistan," Royeen noted.

The Trump administration's revamped Afghanistan strategy has made little progress against the Taliban insurgency, leaving the country a "dangerous and volatile" place nearly 17 years after the US invaded, according to a US government watchdog report on May 21.

The report to Congress by inspectors general of the Pentagon, the State Department and the US Agency for International Development also cast doubt on the administration's decision to send a new set of military advisers this year to work with Afghan forces closer to the front lines.

The report said this, combined with stepped-up Afghan offensives, "further raises the risk of civilian casualties, insider attacks, US casualties, and other conflict-related violence."

Afghan peace process must be "Afghan-led and Afghan-owned," said M. Ashraf Haidari, the Director-General of Policy and Strategy at the Ministry of the Foreign Affairs of Afghanistan.

Haidari made the remarks in his article appeared on the website of Observer Research Foundation (ORF), noting the Afghan government firmly believes in peace and has made every effort to reach reconciliation with those armed groups.

According to reports, the five permanent members of the UN Security Council and more than a dozen other national delegations committed themselves to an "Afghan-led and Afghan-owned" peace process after talks in March.