Only one way to fix Israel-Palestine issue: China’s UN ambassador 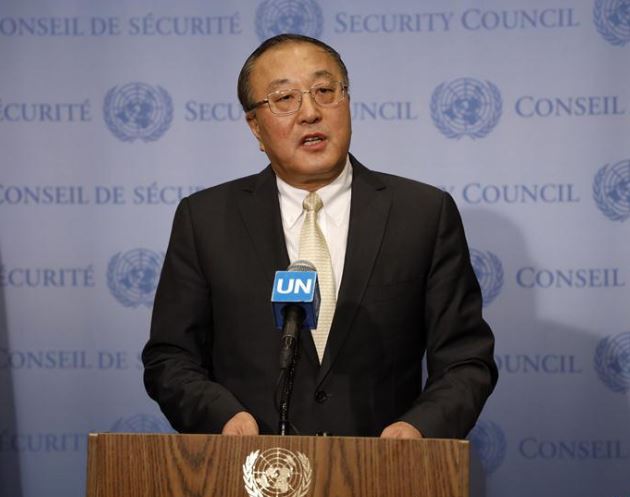 New York (People’s Daily) -- China’s ambassador to the United Nations, Zhang Jun, has taken up the Middle East-Palestine issue in the UN Security Council saying the world should stick to multilateralism, promote opportunities for negotiation, and solve the Israel-Palestine problem by peaceful political means.

He said that recently, the conflict in the Gaza Strip has escalated, the situation in Jerusalem has remained grim, settlement construction has continued, inflammatory rhetoric and actions have been frequent, and the Middle East peace process has stalled. At the same time, the situation in the Middle East has become increasingly tense, local conflicts keep cropping up, all of which concerns China.

Zhang stated that the Palestine question is at the core of the Middle East issue and also at the root of regional issues. Safeguarding the legitimate rights and interests of the Palestinian people is the common responsibility of the international community and violence or the threat of force will not solve anything.

He pointed out that the "two-state solution" is the only correct way to solve the Palestinian-Israeli issue. Relevant UN resolutions, the principle of "land for peace" and the "Arab Peace Initiative" are fundamental principles to be followed in this regard. The international community should proceed on this basis to promote the early resumption of peace talks between the two sides, with a view to establishing a fully sovereign Palestinian state based on the 1967 borders, with East Jerusalem as its capital.

Zhang continued that while the settlement issue continues to unfold, prospects of the "two-state solution" have been severely undermined. The parties concerned should immediately stop all settlement activities in the occupied territories, stop demolishing Palestinian houses and destroying property of the Palestinian people and take measures to prevent violence against civilians.

The world must pay close attention to and improve Palestinian economic and humanitarian conditions. The relevant party should lift the blockade of the Gaza Strip as soon as possible, fulfill its obligations under relevant international treaties, such as the Paris Protocol, and fully implement relevant UN resolutions, Zhang said.

The ambassador reemphasized that China has always been committed to promoting the Middle East peace process, and will continue to follow the "four-point proposal" put forward by Chinese President Xi Jinping to promote the political settlement of the Palestinian issue, strengthen communication and cooperation with major parties and countries in the region, and play a positive and constructive role in achieving peace in the Middle East.

China is also assisting Palestine to the best of its ability in the field of development.

On July 30, China and Palestine signed a document on the implementation of the Ramallah school project, which will provide hundreds of secondary school students in Ramallah with access to nearby schools.

Zhang added that China has also actively promoted local exchanges and cooperation with Palestine, supported local social development, provided support to the UN Relief and Works Agency (UNRWA), and will continue to provide humanitarian assistance to Palestine through bilateral channels.