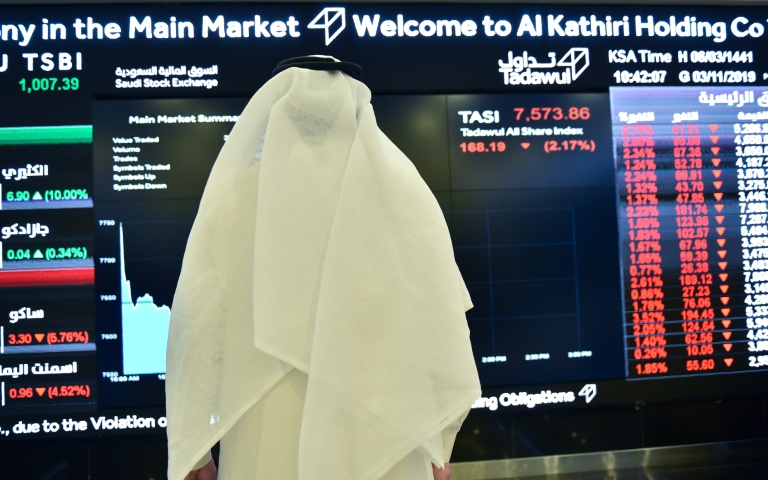 Some observers say fresh production cuts and a boost to prices would suit Saudi Arabia as it tries to support the IPO of its national oil company Aramco.(Photo: AFP)

Faced with slowing global economic growth and abundant reserves putting pressure on oil prices, the OPEC group and its partners could seek to deepen output cuts when they meet in Vienna on Thursday and Friday.

The cuts of 1.2 million barrels per day from October 2018 levels were originally fixed in December last year and were already extended at OPEC's last meeting in July.

Some observers expected the cuts to remain in place possibly until the end of 2020.

But Iraqi oil minister Thamer Ghadban on his arrival Tuesday in Vienna suggested some members would push for output to be slashed by an additional 400,000 barrels per day.

However, he added that any cut was "very much subject to the member countries". In comments reported by Bloomberg on Wednesday, Ghadban was in favour of extending the current deal to the end of next year.

He told reporters simply that the market conditions were as "sunny" as the crisp winter weather in the Austrian capital.

Some observers say fresh production cuts and a boost to prices would suit Saudi Arabia as it tries to support the IPO of its national oil company Aramco.

The organisation's members may well be tempted to follow a cautious course by a forbidding global economic context.

The trade war with the US is acting as a drag on growth in China, normally an avid consumer of oil, while the European economy is also currently stagnating.

Moreover, the output of oil producers outside OPEC is breaking records: the US has been the world's biggest producer since 2018, Brazil and Canada have also increased output and others such as Norway are planning to do so.

According to latest US estimates, the country's total domestic stocks now stand at an enormous 452 million barrels.

Analysts say that, taken together, these factors will leave OPEC little room for manoeuvre if it wants to fulfil its stated aim of securing "fair and stable prices for petroleum producers".

Prices have held relatively steady since the last OPEC meeting, with a barrel of Brent crude hovering around the $60 mark, apart from a spike in September sparked by attacks on Saudi oil installations.

While this is a comfortable price for the likes of Russia, whose 2019 budget is predicated on a price of around $42 a barrel, it is too low for countries such as Saudi Arabia.

The Saudi government needs a higher price in order to finance its budget, despite having some of the world's lowest production costs.

On the eve of the summit, oil prices finished the day's trading on a high, with the European benchmark of Brent up by 3.6 percent and its American equivalent WTI 4.2 percent higher.

The big unknown in the run-up to the meetings has been the position of Russia.

The world's second-biggest producer, which since late 2016 has been part of the so-called OPEC+ grouping, admitted on Tuesday that it had missed its monthly target for cuts in November for the eighth time this year.

Iraq and Nigeria -- Africa's biggest producer -- have also regularly been exceeding their quotas.

Saudi Arabia meanwhile has stayed within the quota it had been assigned and in September urged its partners to do the same.

The Aramco IPO has been delayed several times with the bidding period closing on Wednesday.

While investors have baulked at Aramco's valuation of around $1.7 trillion, this is still less than Saudi authorities were hoping for.

The attacks on Saudi oil installations in September, claimed by Houthi rebels in Yemen, briefly halved the kingdom's crude output and highlighted its vulnerability.

They also led to led to heightened tensions with Iran -- a fellow OPEC member -- whom Saudi Arabia blamed for the attacks, a charge denied by Tehran.