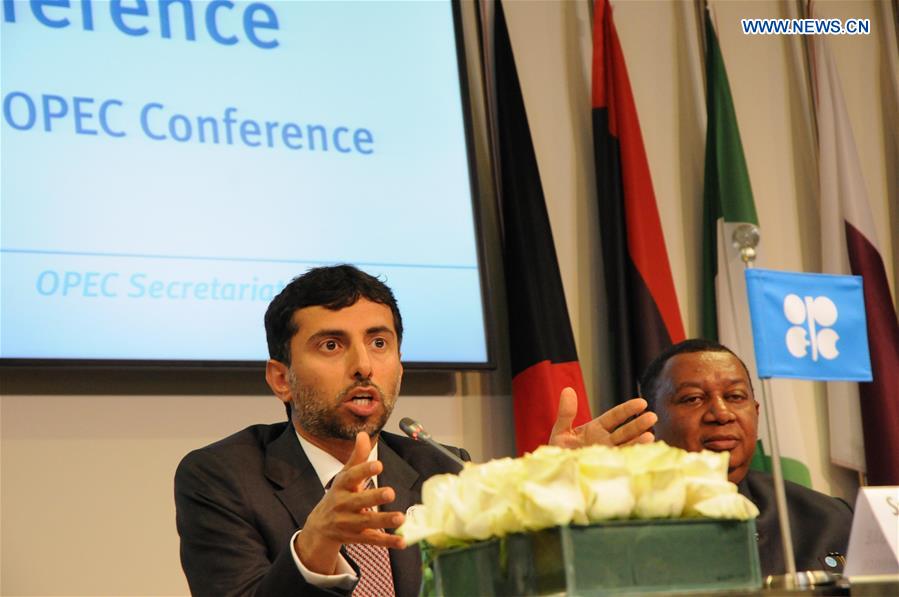 The Organization of the Petroleum Exporting Countries (OPEC) member states agreed at a meeting in Vienna Friday to increase the oil production.

OPEC decided to increase its oil output after Friday's meeting, announcing that countries will "strive to adhere to the overall conformity level of OPEC-12, down to 100 percent, as of 1 July 2018...," according to a conference statement.

The statement failed to give the exact amount of the oil output increase, but it says that the output cuts of OPEC member countries have exceeded the required level of conformity that had reached 152 percent in May 2018.

Before the output increase decision by OPEC, U.S. President Donald Trump has said that he hopes OPEC to produce more oil.

About the amount of the increase, member states had varied opinions.

Before the meeting, Saudi Arabia supported a proposal of 1 million-barrel output increase, while Iran said it would not increase its oil output even Tehran has the ability to pump more.

Some members of OPEC are not able to raise its crude output immediately. Therefore, the output growth rate could be a relatively longer process in the coming weeks.

The oil exporting group also failed to give the details on how it would allocate the production increases among the member states.

UAE's Energy and Industry Minister Suhail Mohamed Al Mazrouei told reporters in Vienna that there is still difference between certain member states, therefore this is not decided yet.

OPEC member states and other world oil pumpers jointly cut its oil production since 2017 to balance the crude market.