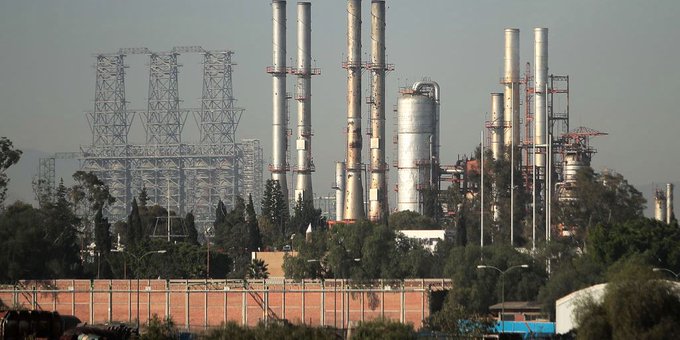 VIENNA, April 10 (Xinhua) -- The Organization of the Petroleum Exporting Countries (OPEC) and its allies led by Russia, known as OPEC+, reached on Thursday a tentative agreement to cut production to stop a market free-fall amid the coronavirus pandemic, pending the consent of Mexico.

The participating countries, except Mexico, of the emergency online meeting agreed to cut their overall production by 10 million barrels per day (b/d) for two months starting from May 1, according to a statement published on the OPEC website in the early hours of Friday.

The extension of the agreement will be reviewed during December 2021, it added.

"COVID-19 is an unseen beast that seems to be impacting everything in its path," OPEC Secretary-General Mohammad Barkindo said at the meeting.

"The supply and demand fundamentals are horrifying" and the expected oversupply, particularly in the second quarter, is "beyond anything we have seen before," he added.

Barkindo told the ministers that given the current unprecedented supply and demand imbalance, global oil storage capacity is to be exhausted by May.

"Our industry is hemorrhaging; no-one has been able to stem the bleeding," he said. "We are already seeing some productions shut-ins, companies filing for bankruptcy and tens of thousands of jobs are being lost."

The secretary general called on oil producers to help the industry survive the crisis with the spirit of togetherness.