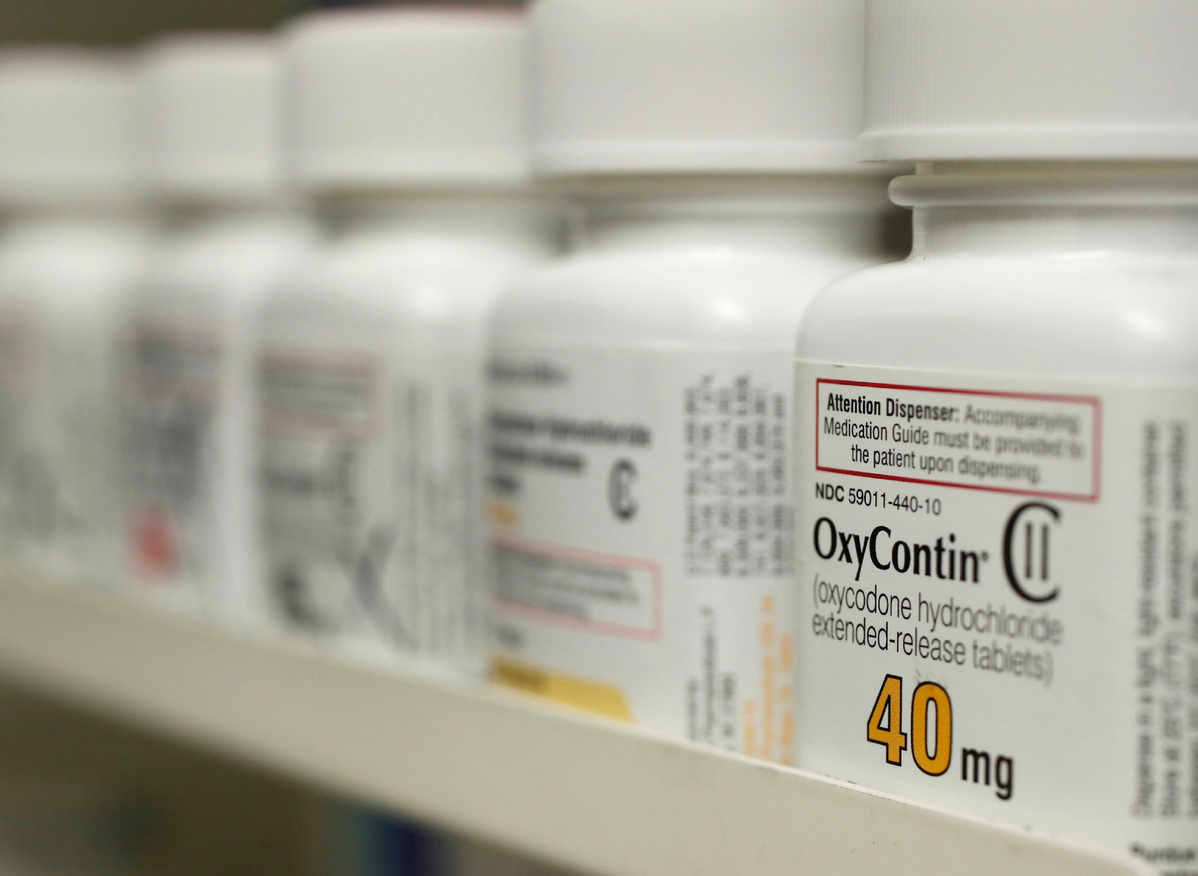 FILE PHOTO: Bottles of prescription painkiller OxyContin, 40mg pills, made by Purdue Pharma LD sit on a shelf at a local pharmacy, in Provo, Utah, US, April 25, 2017. (Photo: Agencies)

The US Justice Department announced Wednesday that Purdue Pharma has agreed to plead guilty to criminal charges and pay more than $8.3 billion in fines in the marketing of its prescription painkiller OxyContin, blamed for an opioid addiction and overdose crisis linked to more than 470,000 deaths in the US since 2000.

The settlement resolves criminal and civil investigations into how Purdue Pharma, the most prominent opioid maker, marketed the painkiller. As for the fines, the company is in bankruptcy proceedings and lacks assets to pay the full amount.

The company's owners, members of the wealthy Sackler family, have agreed to pay $225 million in civil penalties. Prosecutors said the agreement doesn't bar the filing of criminal charges against Purdue executives or Sackler family members.

In a statement, the Sacklers maintained family members who served on Purdue's board of directors "acted ethically and lawfully", adding that the agreement was aimed at avoiding "years" of legal proceedings while directing funds to "communities in need".

"Purdue deeply regrets and accepts responsibility for the misconduct detailed by the Department of Justice in the agreed statement of facts," Steve Miller, who became chairman of the company's board in 2018, said in a statement.

The company, headquartered in Stamford, Connecticut, will plead guilty to three counts, including conspiracy to defraud the United States and violating federal anti-kickback laws, officials said.

Purdue will admit to violating federal anti-kickback laws by paying doctors, through a speaking program, to induce them to write more prescriptions for the company's opioids and for using electronic health-records software to influence the prescription of pain medication, according to the officials.

A 2019 court filing said the family had made up to $13 billion over the years from the blockbuster drug, though their lawyers said they brought in far less after taxes and reinvestment in the company.

The Sackler family already has pledged to hand over the company plus at least $3 billion to resolve thousands of suits against the drugmaker. The company — but not the family — declared bankruptcy as a way to work out that plan, which some say could be worth $10 billion over time.

US Deputy Attorney General Jeffrey Rosen, who announced the deal, said that if the resolution wins court approval, it "will redress past wrongs, and will also provide extraordinary new resources for treatment and care of those affected by opioids addiction".

But even before the announcement, the deal faced resistance from state attorneys general who have sued the company; from 38 Democratic members of Congress; and from advocates who wrote Attorney General William Barr asking him not to settle with the company and the family.

"Purdue and the Sackler family perpetrated one of the most egregious criminal acts in American history," the lawmakers wrote Barr on Oct 15. "They intentionally addicted millions of unsuspecting people to powerful painkillers for profit, and their actions have directly contributed to the deaths of tens of thousands of Americans."

Under the settlement, Purdue would transform into a public benefit company, governed by a trust that has to balance the trust's interests against those of the American public and public health, the officials said.

The Sacklers wouldn't be involved in the new company, and part of the money from the settlement would go toward medically assisted treatment and other drug programs to combat the opioid epidemic, the officials said. They said that arrangement mirrors a key element of the company's proposal to settle about 3,000 lawsuits filed by state, local and Native American tribal governments.

About half the states oppose that settlement and also wrote Barr to ask him not to make the federal deal that includes converting Purdue into a public benefit corporation. They have said it would be wrong for governments to rely on earnings from the sale of more OxyContin to fund programs to mitigate the toll of the opioid crisis.