The Biden administration has reversed a decades-old decision to revoke the security clearance of Robert Oppenheimer, the physicist called the father of the atomic bomb for his leading role in World War II’s Manhattan Project. 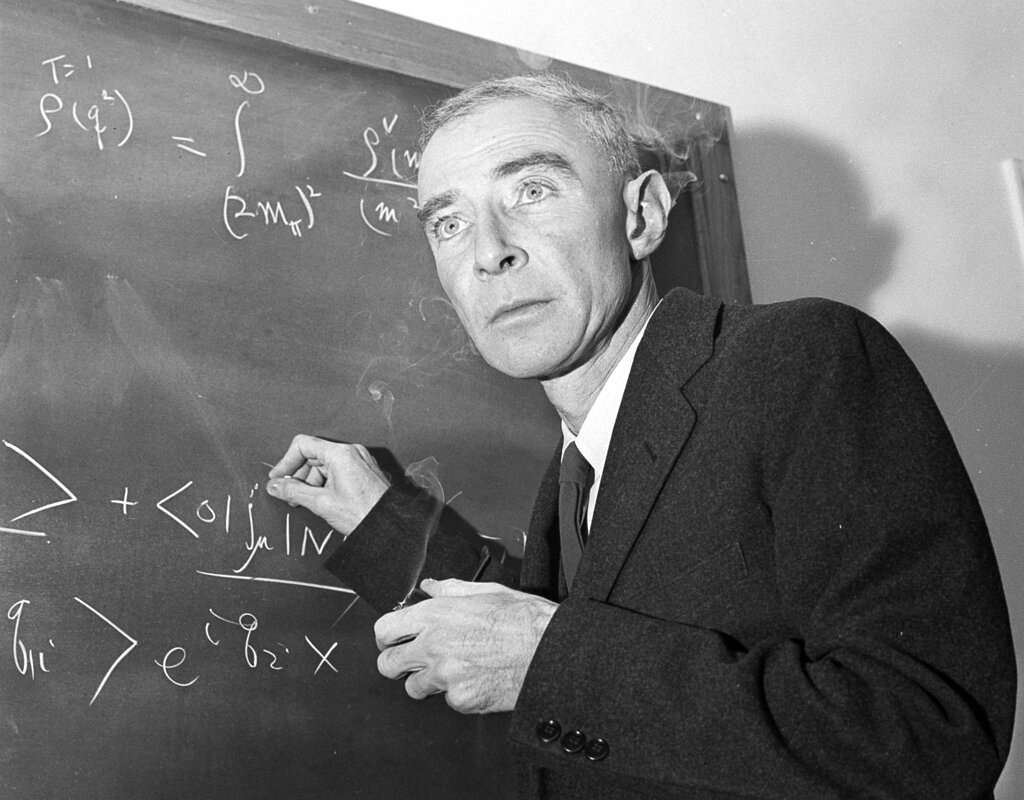 U.S. Energy Secretary Jennifer Granholm said the 1954 decision by the Atomic Energy Commission was made using a “flawed process" that violated the commission’s own regulations.

“As time has passed, more evidence has come to light of the bias and unfairness of the process that Dr. Oppenheimer was subjected to while the evidence of his loyalty and love of country have only been further affirmed," Granholm said in a statement on Friday.

Oppenheimer, who died in 1967, led the Manhattan Project, which developed the atomic bombs dropped on Hiroshima and Nagasaki during World War II. The theoretical physicist was later accused of having communist sympathies and his security clearance was revoked following a four-week, closed-door hearing.

In stripping Oppenheimer of his clearance, the Atomic Energy Commission did not allege that he had revealed or mishandled classified information, nor was his loyalty to the country questioned, according to Granholm's order. The commission, however, concluded there were “fundamental defects” in his character.

Years later, an Atomic Energy Commission lawyer concluded after an internal review that “the system failed" and a “substantial injustice was done to a loyal American," according to the secretary's order.

Granholm said the commission's decision was driven by a desire among its political leadership to “discredit Oppenheimer in public debates over nuclear weapons policy.”

“Such political motives must have no place in our personnel security process," she wrote.

U.S. Sen. Patrick Leahy of Vermont applauded the reversal, saying the 1954 decision followed a “manifestly unjust and unethical hearing that would be resoundingly condemned today.”

“This decision reaffirms that government scientists, whether renowned like Oppenheimer or a technician doing his or her daily job — including those willing to raise safety concerns or to express unpopular opinions on matters of national security — can do so freely and that their cases will be fairly reviewed based on facts, not personal animus or politics," Leahy said in a statement.

The decision comes as the story of Oppenheimer is headed to the big screen. Christopher Nolan's “Oppenheimer” film is expected to be released in theaters in July. It's based on Kai Bird and Martin J. Sherwin’s Pulitzer Prize-winning biography “American Prometheus: The Triumph and Tragedy of J. Robert Oppenheimer,” and stars Cillian Murphy in the title role.