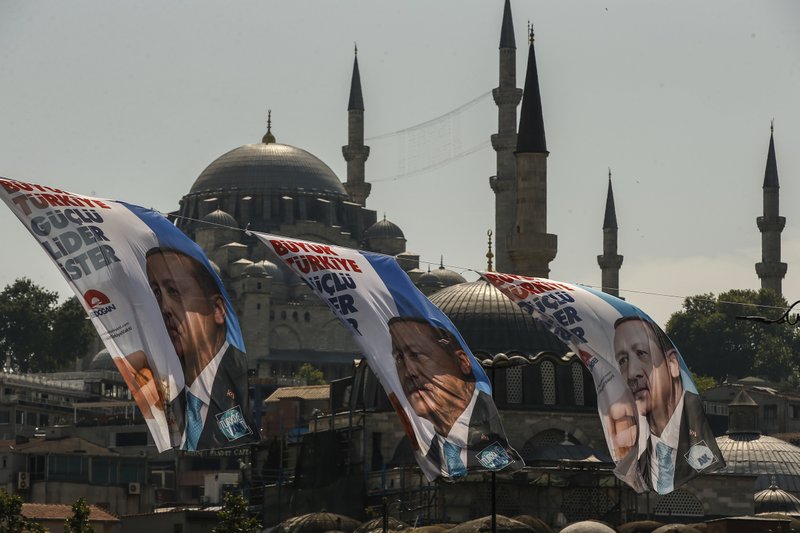 Election posters of Turkey's President Recep Tayyip Erdogan and his ruling Justice and Development (AKP) Party decorate a street in Istanbul on June 6, 2018. Turkish voters are heading to the polls June 24 to vote in crucial presidential and parliamentary elections that could either solidify President Recep Tayyip Erdogan's grip on power or unsettle his political ambitions. (AP: Photo)

ISTANBUL (Xinhua) -- Ekrem Imamoglu, the candidate for the main opposition the Republican People's Party, is leading his rival Binali Yildirim from the ruling Justice and Development Party by nearly nine percentage points as 98.61 percent of the ballots were counted, the state-run Anadolu Agency said Sunday.

In a televised speech, Yildirim admitted a clear victory for Imamoglu. "This election revealed that democracy is working very well in the country," the former prime minister said.

Speaking live on TV, Imamoglu called on observers not to leave the ballot boxes until the result is finalized.