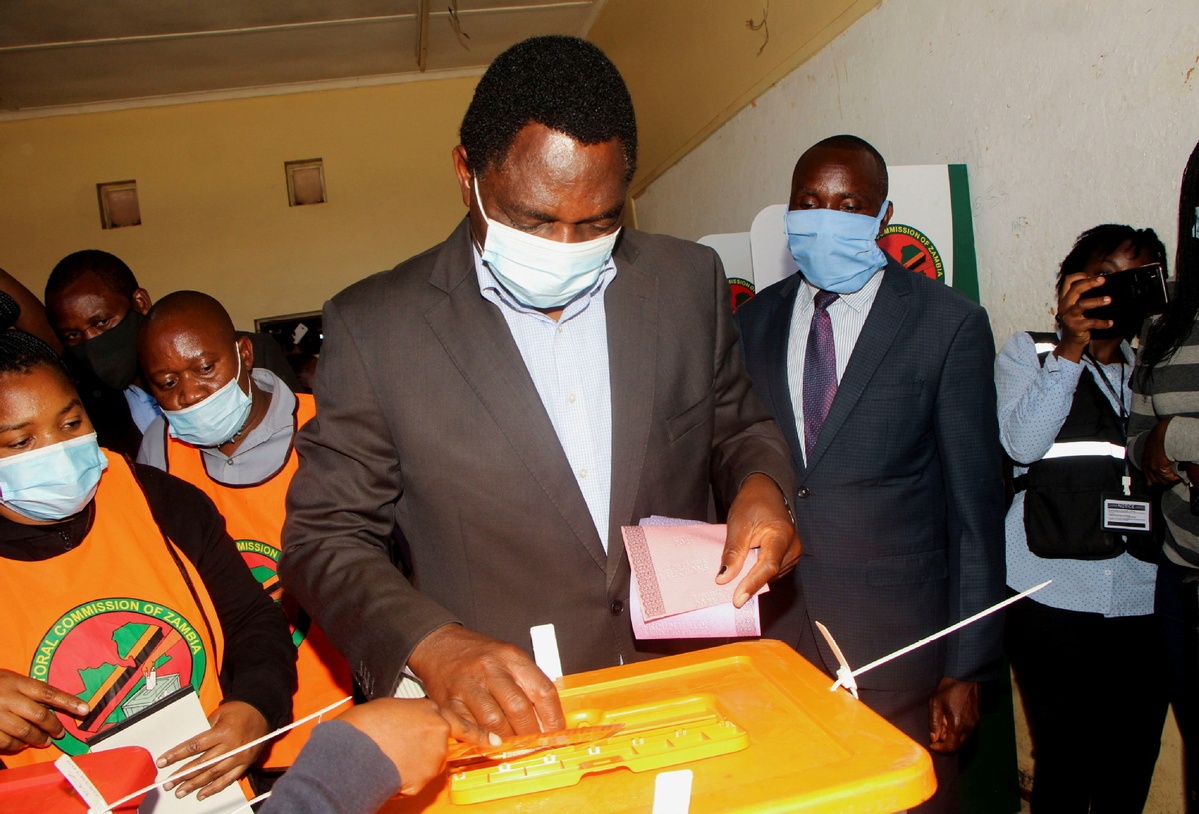 Early results from the Electoral Commission of Zambia released on Saturday show that Hakainde Hichilema, Zambia's opposition leader, has taken an early lead in the country's presidential election over incumbent Edgar Lungu.

However, Lungu has rejected the results announced by the electoral commission, saying that the elections, which were held on Aug 12, were not free and fair. In a statement released on Saturday by Zambia's State House, Lungu said that his party, the Patriotic Front, is consulting on the next course of action concerning the presidential election.

"We have written to the Electoral Commission of Zambia to raise our concerns but they have continued announcing the results. So we are consulting on the next decision we have to make. With our polling agents having been attacked and chased from polling stations, we were reduced to competing in seven provinces while our opponent was contesting in 10 provinces," the statement said. 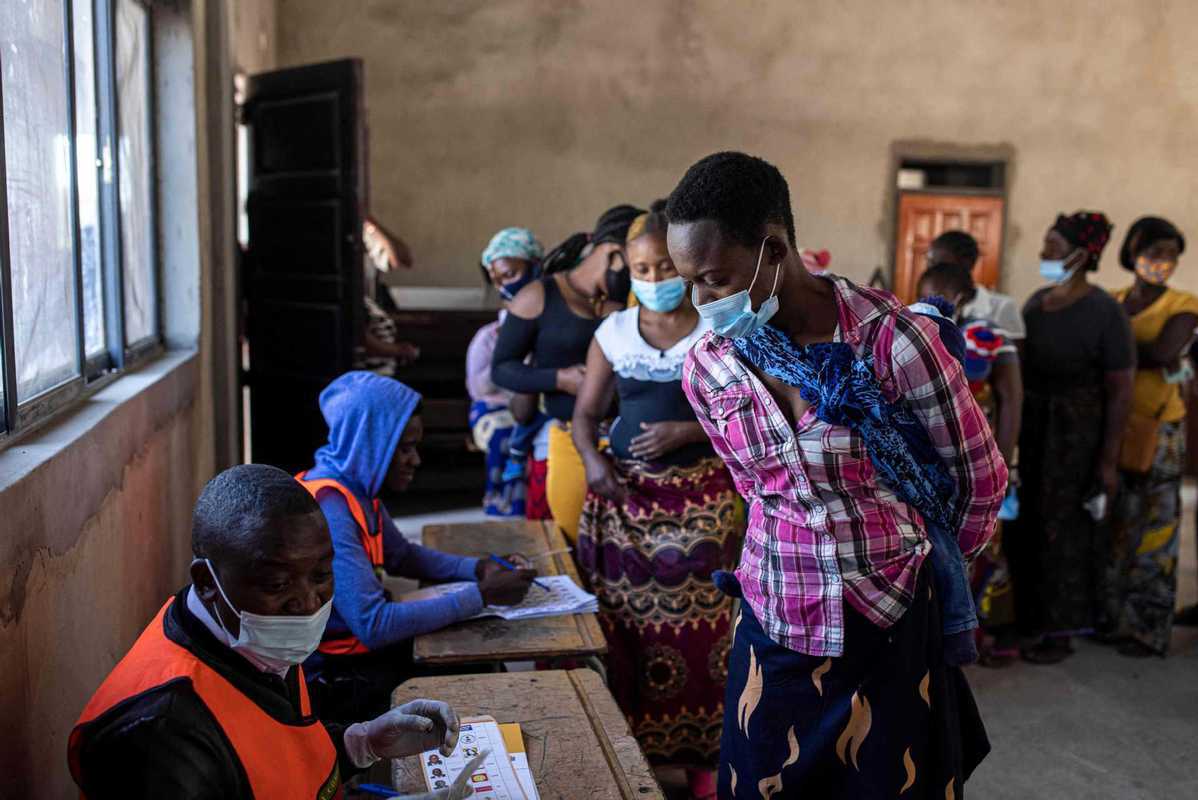 A woman shows her ID to an officer from the Electoral Commission of Zambia (ECZ) at a polling station in Lusaka on Aug 12, 2021. (Photo: Agencies)

In its preliminary findings released on Saturday, the African Union Election Observation Mission to Zambia or AUEOM raised concerns over the increased spate of violence that prompted the deployment of the military for the first time during an electoral process.

"Despite reports of the unlevelled playing field and politically motivated violence during the pre-electoral period, and COVID-19 related challenges, in general AUEOM observers reported that Election Day operations were conducted in a peaceful, transparent and professional manner. The AUEOM commends the people of Zambia for their clear enthusiasm and determination to peacefully express their will through the ballot box," the AU mission said in a statement.

"The mission calls on all stakeholders to remain peaceful and calm while awaiting the announcement of final results by the Electoral Commission of Zambia. The Mission urges all political leaders and their supporters to not undertake any action that will undermine the peace and stability of the country."

Vote counting is still underway and final official results of the presidential, parliamentary and local government elections are expected by Monday.