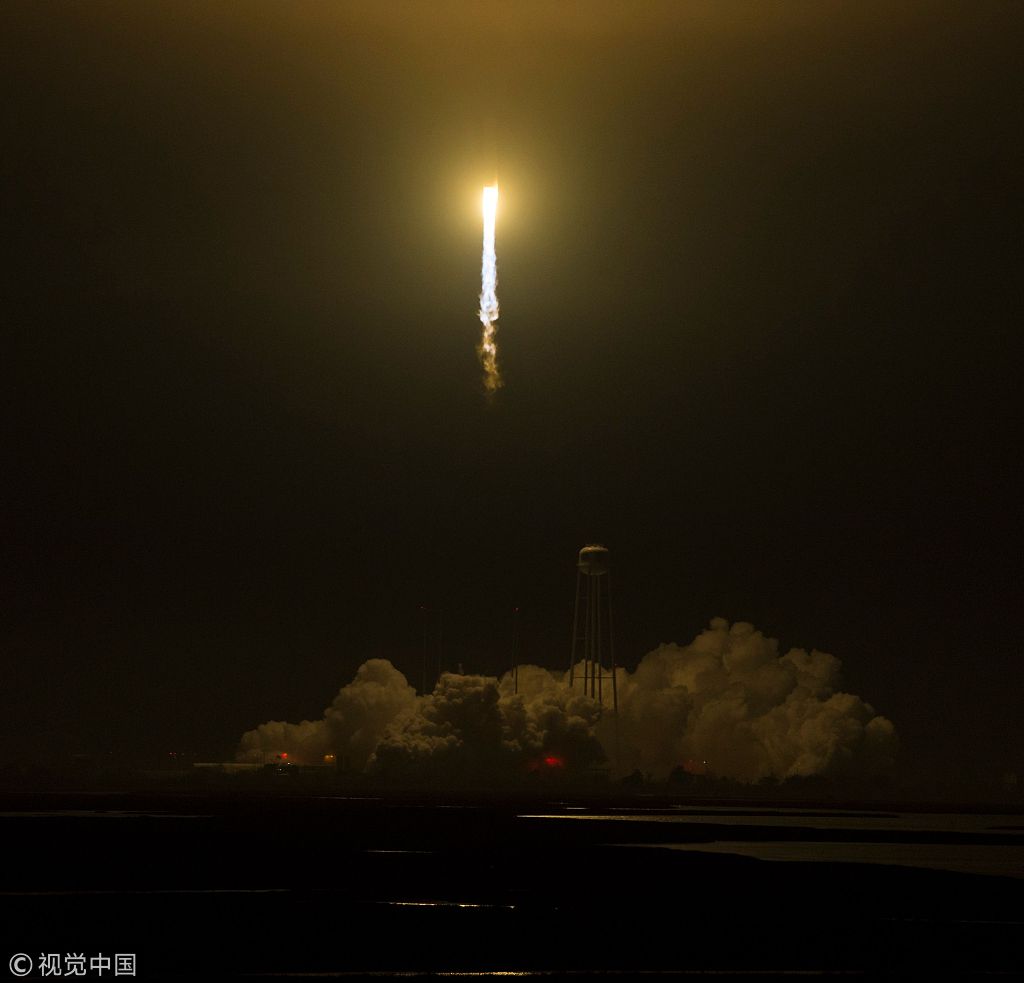 In this image released by NASA, the Orbital ATK Antares rocket, with the Cygnus spacecraft onboard, launches from Pad-0A, on May 21, 2018 at NASA's Wallops Flight Facility in Virginia. (Photos: VCG) 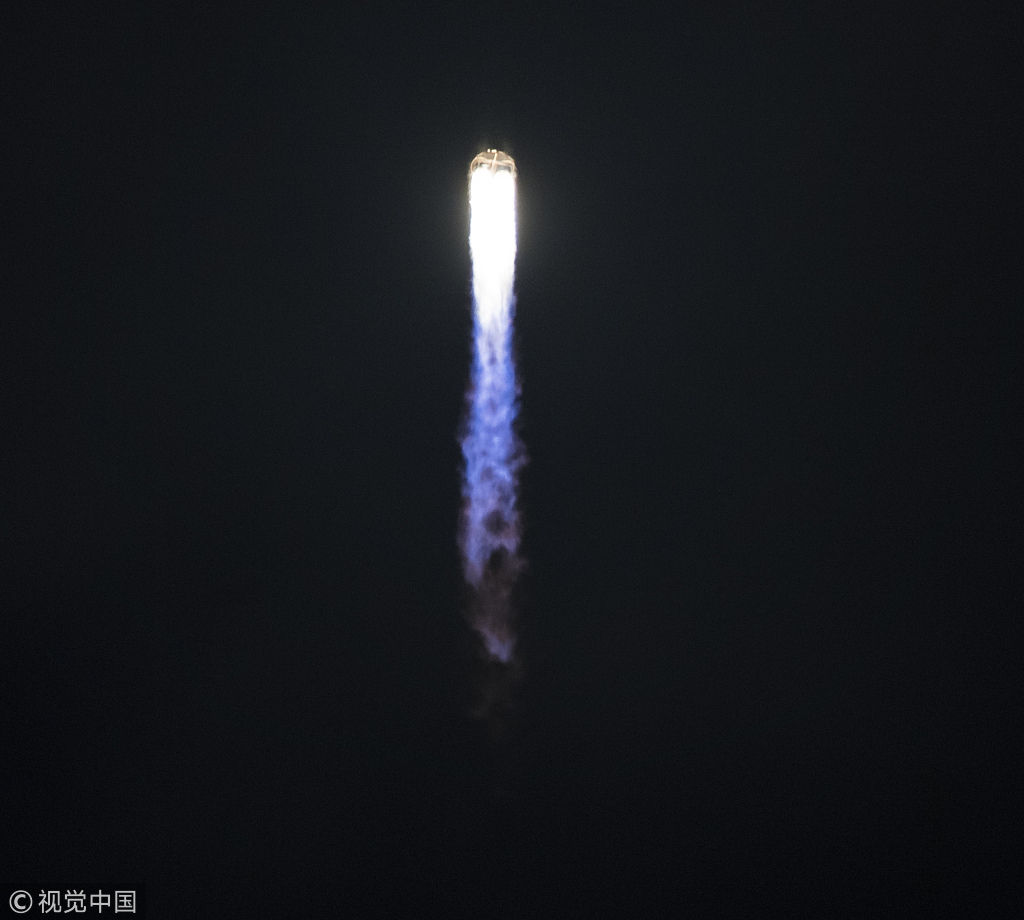 Food for astronauts, new space gardening gear and experiments to test extreme cold and how cement forms in weightlessness blasted off Monday to the International Space Station aboard Orbital ATK's unmanned Cygnus spacecraft. 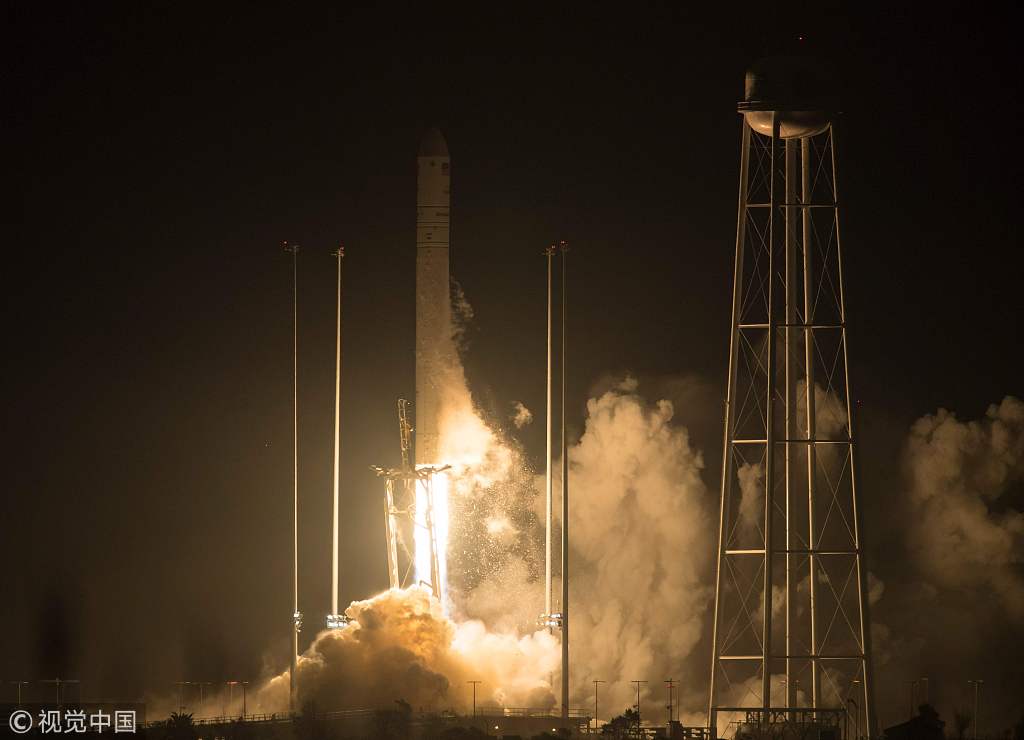 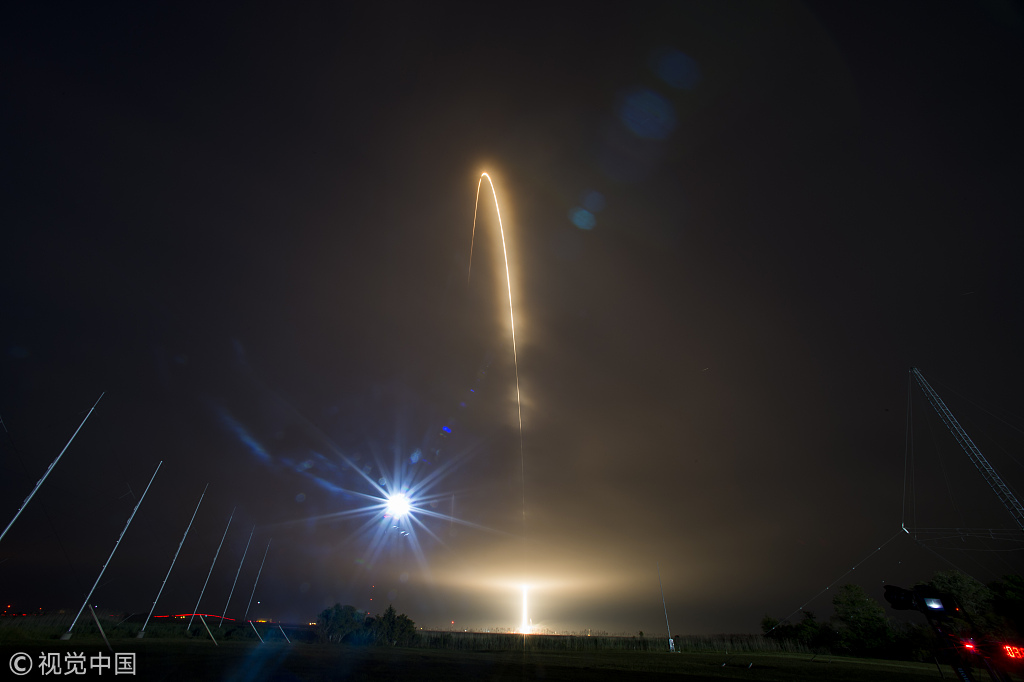