WORLD Outbid and left hanging, US states scramble for ventilators

Outbid and left hanging, US states scramble for ventilators

On the final Thursday in March, the Arkansas team in charge of procuring ventilators thought they had scored a coup: A vendor had agreed to sell them 500 of the breathing machines critical to keeping COVID-19 patients alive at 19,000 U.S. dollars each. 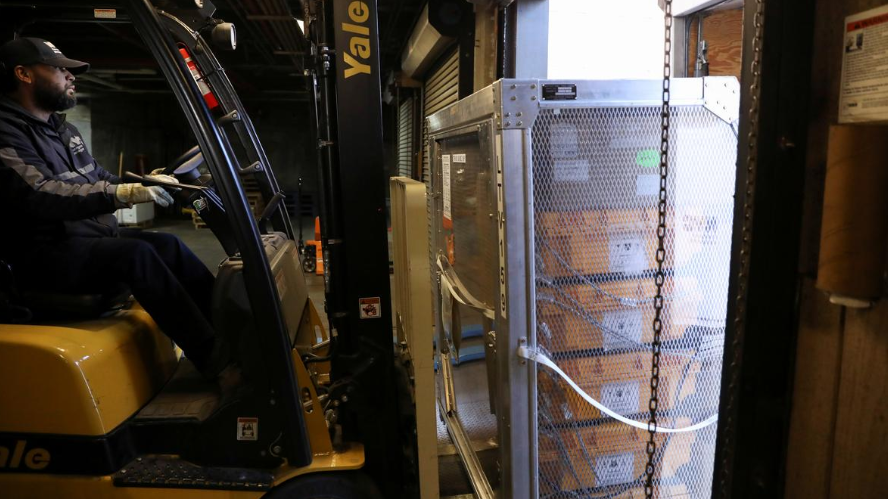 Ventilators at the New York City Emergency Management Warehouse are shipped out for distribution due to concerns over the rapid spread of COVID-19 in the Brooklyn borough of New York City, U.S., March 24, 2020. (Photo: CGTN)

The next day they were told the deal had vanished because a buyer representing New York was offering to purchase 10,000 units, pay cash upfront and double the price, a deal the vendor could not turn down. Reuters could not independently verify that New York bought the ventilators.

Either way, for Arkansas, the search for the machines goes on.

"We still want to purchase the 500," said Dr Steppe Mette, chief executive of UAMS Medical Center in Little Rock, who is helping oversee procurement of supplies for the state. "There are profiteers all over the place."

Arkansas may never need those ventilators. It has 785 across the state, most of which are not currently in use, and data from New York and other hot spots in recent days suggest hospitalizations might be peaking.

In the past week Louisiana and Arizona scaled back their requests for ventilators from the federal government, while Oregon, Washington and California offered up spare units for use by other states.

But the episode illustrates how some states have been muscled aside in the scramble for equipment to combat a virus that has killed nearly 18,000 people in the United States, potentially leaving them vulnerable should the worst-case scenarios materialize or the virus return in subsequent waves.

The stakes are especially high when it comes to ventilators, which can be the difference between life or death for patients suffering from COVID-19, the respiratory illness caused by the novel coronavirus.

Reuters surveyed all 50 states about their ventilator needs. The 31 that either responded or have disclosed figures showed a collective intent to procure 70,000 units, including outstanding requests to the federal government and private sector.

The Federal Emergency Management Agency (FEMA) has acknowledged there aren't enough ventilators in the Strategic National Stockpile to meet demand, and is distributing units to states most in need. According a FEMA spokesperson, the federal government has 8,644 ventilators available, including 8,044 in the stockpile and 600 from the Department of Defense.

Some states have criticized the federal government for crowding them out of the market. Rhode Island, which has 300 ventilators, one of the lower inventories among the states, said it is struggling to source the machines.