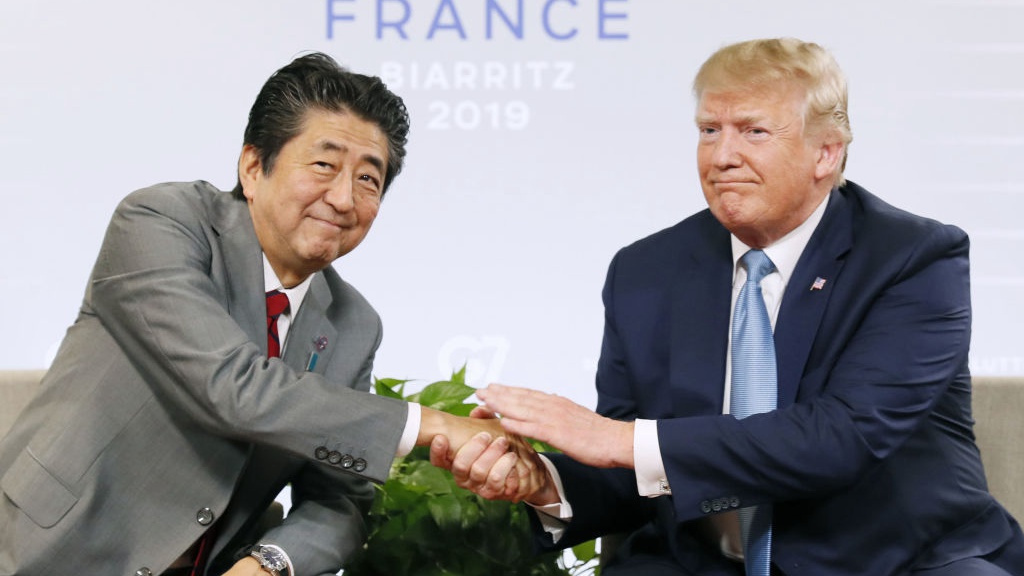 Japanese Prime Minister Shinzo Abe told U.S. President Donald Trump that a strengthening of the two nations' alliance will remain in place even after Abe's departure, a Japanese government spokesman said on Monday.

In a phone call lasting about 30 minutes, Abe explained his decision on Friday to resign as prime minister, the government said.

"He wants President Trump to rest assured because the policy of bolstering the Japan-U.S. alliance will remain unchanged," Deputy Chief Cabinet Secretary Akihiro Nishimura said.
It was Abe's first teleconference with a foreign leader since his abrupt resignation over worsening health. 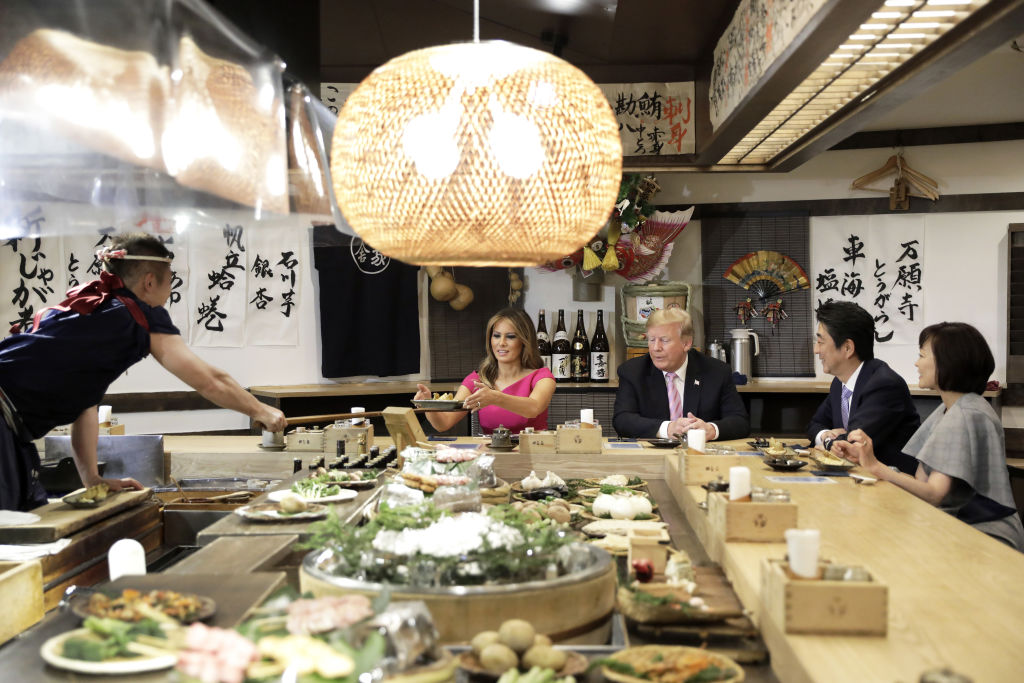 U.S. President Donald Trump and First Lady Melania Trump have dine with Japanese Prime Minister Shinzo Abe and his wife Akie Abe at a restaurant in Tokyo, Japan, May 26, 2019.

Trump praised Abe as Japan's best head of government ever in a late-night tweet after the conversation.
"Shinzo will soon be recognized as the greatest Prime Minister in the history of Japan, whose relationship with the U.S.A. is the best it has ever been. Special man," Trump tweeted.

The U.S. president on Friday paid his "highest respect" to Abe and voiced concern over his "great friend" resigning for health reasons.
"I want to pay my highest respect to Prime Minister Shinzo Abe, a very great friend of mine," Trump told reporters aboard Air Force One as he returned from a campaign rally in New Hampshire. "We've had a great relationship and I just feel very badly about it, because it must be very severe for him to leave."
"He loves his country so much and for him to leave, you know, I just can't imagine what it is. He's a great gentleman and so I'm just paying my highest respect," he added.
Abe is also expected to have a call with Russian President Vladimir Putin, according to Kyodo News.