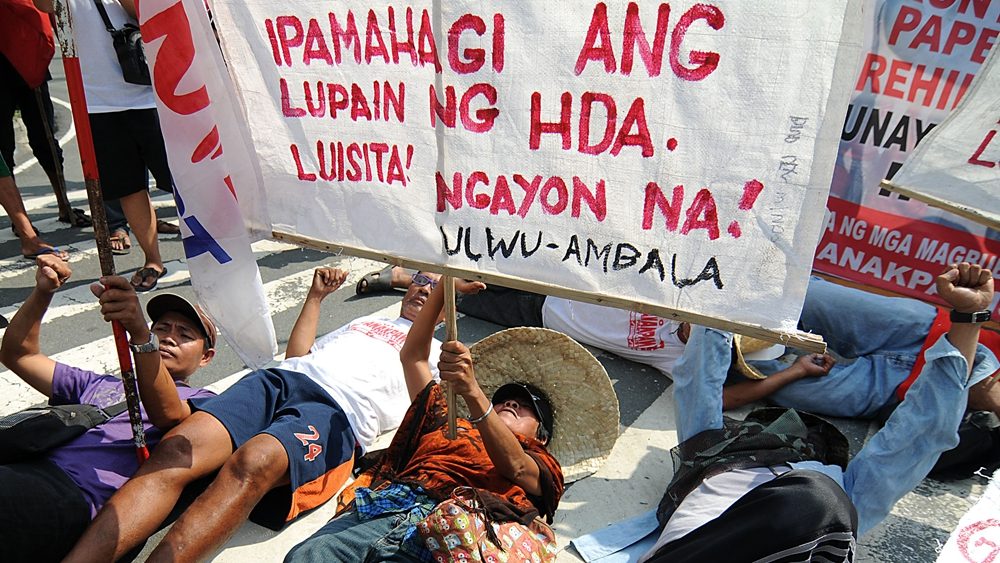 Philippine authorities said Monday they have launched a probe into the slaying of nine farmers gunned down after taking over part of a sugar plantation to grow food for themselves.

The deadly attack has provoked outrage in the Philippines, as well as criticism of Manila's slow-moving program to redistribute farmland to millions of sharecroppers – tenant farmers who give a part of each crop as rent – who remain mired in poverty.

The violence erupted Saturday on the central island of Negros, the center of the country's sugar industry and home to some of the country's wealthiest landowners as well as some of its poorest farm workers.

Up to 40 gunmen attacked about 25 people who had entered the plantation near the city of Sagay just hours earlier to sow their own crops.

"This was... a grim reflection of the decades-old failure of the government's agrarian reform program to extricate poor Filipino farmers from vicious and degrading cycle of poverty," said Senator Leila De Lima.

Authorities said they were investigating reports that the farmers were killed by "goons" employed by either the landowner or entities that leased the land.

"We vow to mobilize all available resources to ensure that those responsible are held accountable," said Oscar Albayalde, Philippine national police chief.

The Philippines passed a law in 1988 to redistribute public and private agricultural lands to landless farm workers.

Agrarian Reform Secretary John Castriciones said his ministry has handed out 4.8 million hectares (12 million acres) to nearly three million people, but more than 800,000 hectares have yet to be broken up.

Farm workers account for about 20 million people, a fifth of the Philippine population, who live on less than two dollars a day, the government says.

"Children in Negros work in haciendas (plantations) together with their families because of poverty due to government's neglect," the children's rights group Salinlahi Alliance said Sunday, denouncing the killing as a "massacre".