British Prime Minister Boris Johnson was accused Tuesday of trying to rewrite history for appearing to blame the deadly spread of coronavirus in care homes on the institutions themselves. 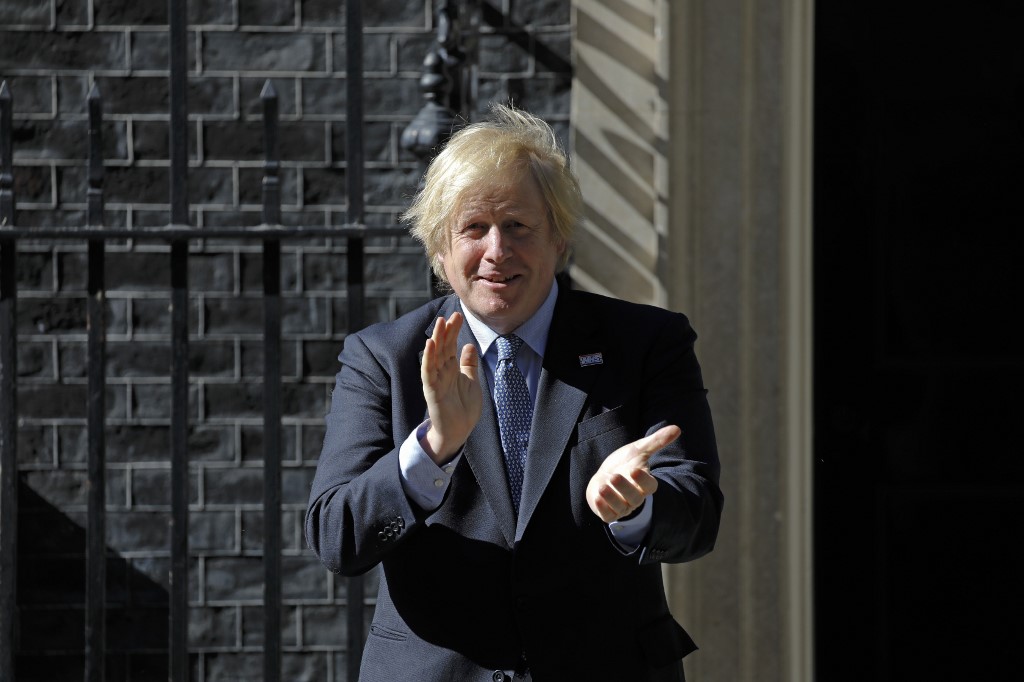 Britain has suffered the worst death toll in Europe from the virus, with more than 44,000 confirmed deaths, and care homes have suffered badly.

The government initially said it did not believe care homes were at particular risk, and has been slow to roll out testing of both staff and patients.

Critics also say the rapid transfer of elderly patients from hospitals to care homes at the start of the pandemic, to free up beds for coronavirus patients, helped spread the disease.

In an interview on Monday, Johnson said: "We discovered too many care homes didn't really follow the procedures in the way that they could have."

The Conservative leader's comments caused outrage among care providers, with one accusing Johnson on Tuesday of an "appalling" attempt to deflect from "an absolute travesty of leadership from the government".

Mark Adams, chief executive of Community Integrated Care, which provides services for people with learning disabilities and dementia, told BBC radio that at best, the remarks were "clumsy and cowardly".

"If this is genuinely his view, I think we're almost entering Kafka-esque alternative reality where the government sets the rules, we follow them, they don't like the results, they then deny setting the rules and blame the people that were trying to do their best," he said.

Adams said he was "unbelievably disappointed" in Johnson's comments, adding: "What we're getting is history rewritten in front of us."

The Office for National Statistics (ONS) has recorded 14,852 care home deaths involving COVID-19 in England and Wales in the year to June 26.

But that is likely to be an underestimate, as almost 30,000 more residents have died than in the same period last year.

The Independent Care Group, another representative body, said the majority of providers had "done their absolute best in the face of slow and conflicting advice".

"What he was actually pointing out was that nobody knew what the correct procedures were at the time, because quite frankly we didn't know what the extent of the asymptomatic transition was," he told BBC radio.

The government had put in place "very detailed action plans" for care homes, ensuring a "rigorous testing regime" and funds for infection control, he added.

It was not until April 15 -- more than three weeks after the nationwide lockdown -- that the government committed to testing all residents before they were moved from hospital, and all symptomatic residents.