Law professor and political outsider Kais Saied led Tunisia's presidential polls on Monday with two-thirds of the votes counted, the electoral commission said, after the country's second free vote for head of state since the 2011 Arab Spring. 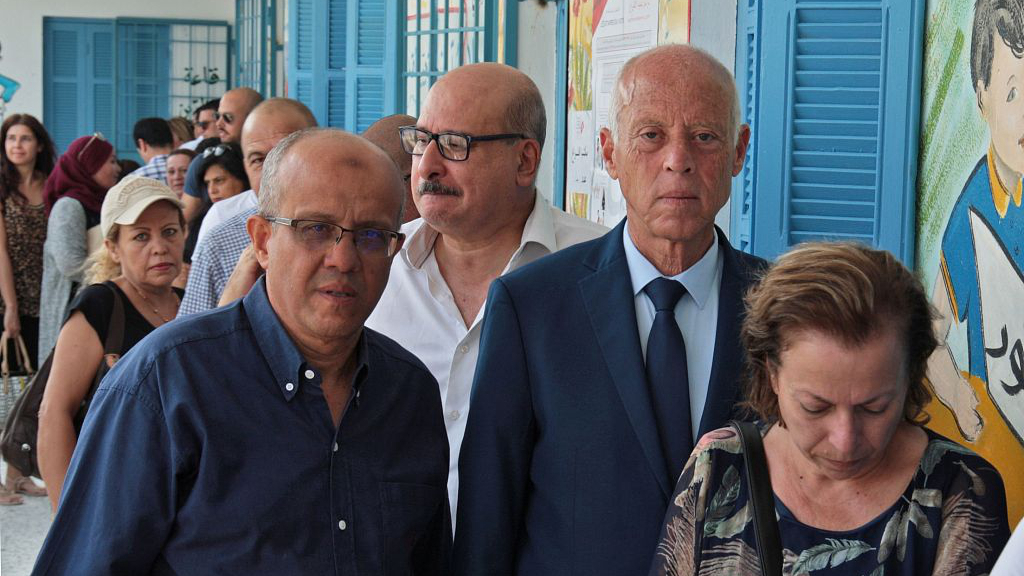 Saied led with 18.9 percent, ahead of imprisoned media magnate Nabil Karoui, who was on 15.5 percent, according to the electoral commission, ISIE.

Prime Minister Youssef Chahed, a presidential hopeful whose popularity has been tarnished by a sluggish economy and the rising cost of living, could well turn out to be the election's biggest loser.

"The anti-system strategy has won," ISIE member Adil Brinsi told AFP, but added: "It's not finished yet. Mourou could very easily move from third to second place, in front of Karoui."

A smiling Saied, receiving journalists at a rented apartment serving as his campaign offices, said voters had "carried out a revolution within a legal framework... They want something new... new political thinking".

It was up to civil society and democracy at the local administrative level to resolve Tunisia's social problems, he said, while defending his own reputation as a conservative.

Local papers splashed photos of Saied and Karoui across their front pages on Monday.

The result was a major upset for Tunisia's political establishment, in place since the uprising eight years ago that ousted dictator Zine El Abidine Ben Ali.

It could usher in a period of uncertainty for the country.

ISIE reported low turnout at 45 percent, down from 64 percent in the country's first democratic polls in 2014.

The election comes against a backdrop of serious social and economic challenges.

Sunday's vote was marked by apathy among young voters in particular, pushing ISIE's head to put out an emergency call to them Sunday an hour before polls closed.

Distrust of the political establishment runs high in Tunisia, where unemployment is at 15 percent and the cost of living has risen by close to a third since 2016.

Jihadist attacks have exacted a heavy toll on the key tourism sector. Around 70,000 security forces were mobilized for the polls.

The date of a second and final round between the top two candidates has not been announced, but it must be held by October 23 at the latest. It may even take place on the same day as the legislative polls.