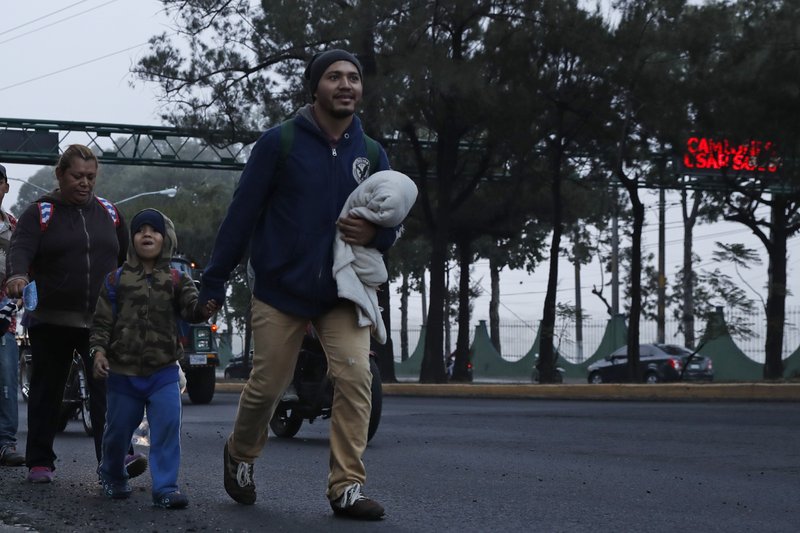 More than a thousand Central American migrants on Saturday surged onto a bridge spanning the Suchiate River between southern Mexico and Guatemala as Mexican National Guardsmen attempted to impede their journey north.

Mexican officials allowed several dozen migrants to enter the country via the bridge, while a voice over a loudspeaker warned that migrants may not be granted asylum in the US, even if they make it there.

Nearby, hundreds of guardsmen lined the river to prevent migrants from crossing into Mexico clandestinely. The voice on the loudspeaker warned, over and over, that those crossing the river “are entering Mexico illegally.”

Mexico’s government has said migrants entering the country without registering will not be allowed to pass from its southern border area. But those seeking asylum or other protections will be allowed to apply and legalize their status in Mexico.

Guatemalan officials have counted more than 3,000 migrants who registered at border crossings to enter that country in recent days and there were additional migrants who did not register.

The bridge to Mexico was closed on Saturday after being open on the previous day. Migrants who had wanted to cross and request asylum or seek to regularize their status and find work could do so.

But the migrants were wary of a trap. Mexico’s offer of legal status and potential employment carries a stipulation that would confine them to southern Mexico, where wages are lower and there are fewer jobs than elsewhere in the country.

Meanwhile, Guatemala’s human rights defender’s office said there were more than 1,000 migrants gathering at another point on the Mexican border far to the north in the Peten region and there were reports that Mexican forces were gathering on the other side of the border there.

In the Mexican border town of Ciudad Hidalgo, Francisco Garduño, commissioner of Mexico’s National Immigration Institute, was emphatic that migrants who try to enter the country irregularly would go no farther.

“They cannot enter because it would be in violation of the law,” he told The Associated Press. He declined to talk specifics about border reinforcements, but said there were “sufficient” troops to keep things orderly.