WORLD Over 1,500 bodies uncovered in mass grave in Syria's Raqqa

Over 1,500 bodies uncovered in mass grave in Syria's Raqqa 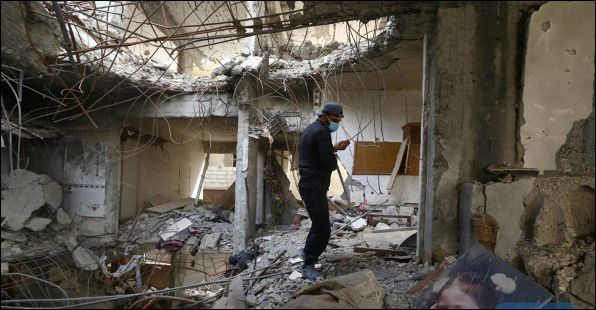 More than 1,500 bodies of civilians have been found in a newly-discovered mass grave in Syria's northern province of Raqqa, the former de facto capital of the Islamic State (IS), the pro-government al-Watan newspaper said Wednesday.

Citing medical sources, the newspaper said the bodies belong to civilians who had been killed by the strikes of the U.S.-led coalition on Raqqa.

The newspaper said the bodies of 4,000 civilians have so far appeared in mass graves in Raqqa, adding that more bodies are being unearthed on daily basis.

The U.S.-led coalition had supported the Kurdish-led Syrian Democratic Forces (SDF) in their push to capture Raqqa, which was the de facto capital of the IS, in 2017.

The newspaper said in its report Wednesday that the coalition's airstrikes in Raqqa had destroyed 85 percent of the namesake provincial capital of Raqqa.