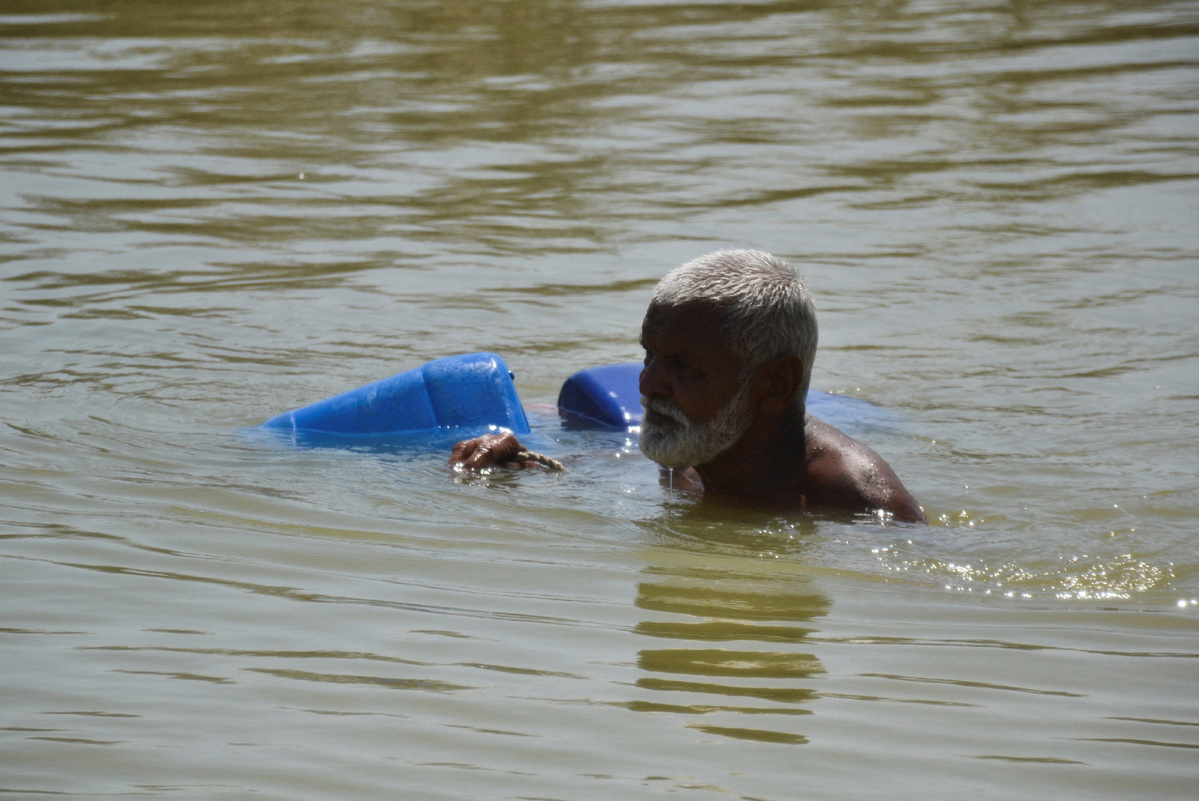 A man wades through flood water to fill the canisters, following rains and floods during the monsoon season in Sehwan, Pakistan Sept 20, 2022. [Photo/Agencies]

ISLAMABAD - The total death toll from this season's monsoon rain and flood since mid-June has risen to around 1,638 along with 12,865 injured in Pakistan, the National Disaster Management Authority (NDMA) said on Monday night.

According to a report released by the NDMA, 588 children and 332 women were among those who lost their lives in separate rain or flood-related accidents in the country.

The country's southern Sindh province was the worst-hit region where 747 people were killed, followed by southwest Balochistan and northwest Khyber Pakhtunkhwa provinces which reported 323 and 306 deaths respectively.

The report further added that 13,074 km-long roads and 410 bridges have been damaged throughout the season.