Over 1,700 children orphaned by COVID-19 pandemic in India: rights commission

NEW DELHI, June 1 (Xinhua) -- India's body for child rights' protection has revealed that 1,742 children have lost both their parents while 7,464 have lost one parent during the COVID-19 pandemic. 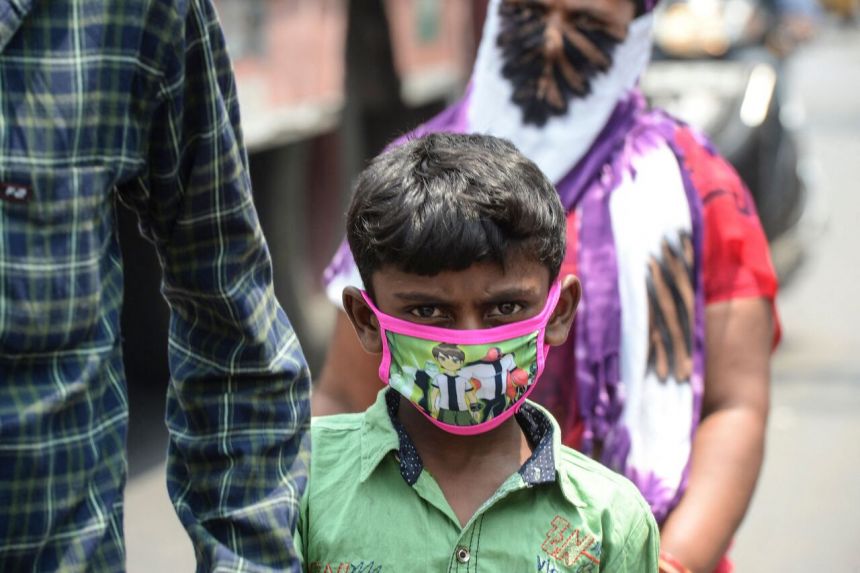 As entire families are infected with Covid-19 in the second wave of the pandemic in India, there are increasing reports of children orphaned by the disease. (Photo: AFP)

In an affidavit submitted before the Supreme Court of India, the National Commission for Protection of Child Rights (NCPCR) said 140 children have been abandoned since March 2020.

The country's Apex Court last week asked for the data from various states and the NCPCR.

The devastating second wave of the COVID-19 outbreak in India saw single-day spikes of over 400,000 cases and over 4,000 deaths on a number of days.

The child rights body also informed the federal Ministry of Women and Child Development that a six-step scheme has been devised to track children in need of care and protection.

The scheme aims to monitor the wellbeing of children orphaned due to COVID-19, or those who have lost one parent.

The country's most populous state of Uttar Pradesh recorded the highest number of children who have lost one parent. As many as 1,830 children were now living in single-parent households after the death of a parent due to the pandemic, it added.

The eastern state of Bihar, adjoining Uttar Pradesh, had the second-highest number, with 1,327 vulnerable children, including 292 orphaned and 1,035 in single-parent households.

The NCPCR recommended that the children who have lost either of the parents and have been placed with the surviving single parent were also in need of financial assistance and could be entitled to the government schemes.