Over 1,700 illegal migrants rescued off Libyan coast in past week: UN migration agency

TRIPOLI, Aug. 16 (Xinhua) -- More than 1,700 illegal migrants were rescued off the Libyan coast over the past week, the International Organization for Migration (IOM) said Monday. 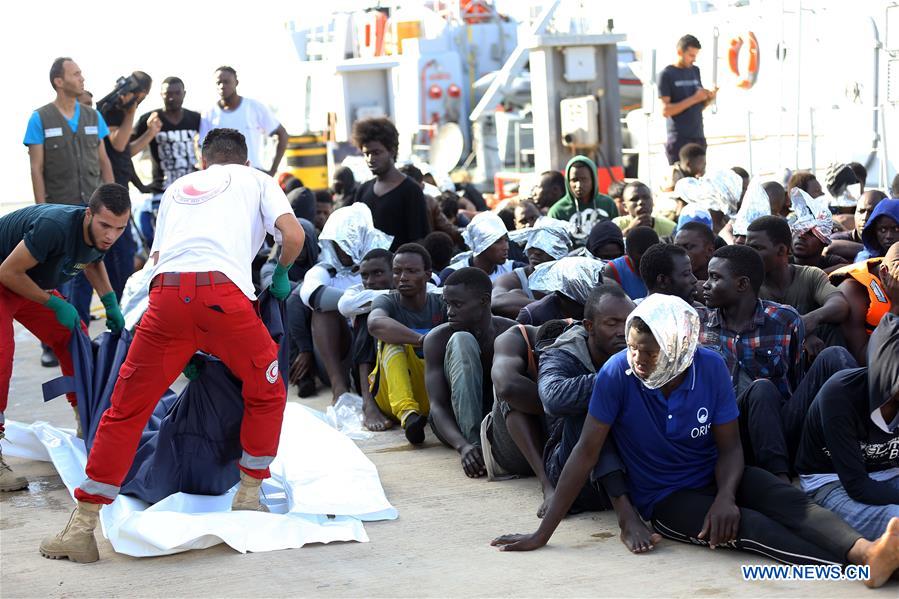 Rescued immigrants are seen at a naval base in Tripoli, Libya, on June 18, 2018. Five illegal immigrants were drowned on Monday, and 191 others rescued off the western coast of Libya, Libyan navy spokesperson said. (Xinhua/Hamza Turkia)

The agency said 380 illegal migrants have died and 629 others gone missing off the Libyan coast on the Central Mediterranean route so far this year.

Libya has been suffering insecurity and chaos since the fall of late leader Muammar Gaddafi in 2011, making the North African nation a preferred point of departure for thousands of illegal migrants wanting to cross the Mediterranean towards European shores.

Rescued migrants end up inside overcrowded reception centers across Libya, despite repeated international calls to close those centers.