TOKYO, July 1 (Xinhua) -- Japanese meteorological authorities issued evacuation orders and advisories to around 1.2 million people in southwestern Kyushu region on Monday, warning that heavy rain could cause landslides and flooding in low-lying areas. 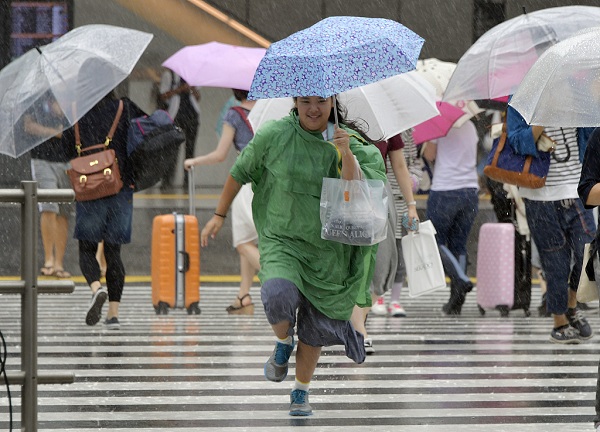 In Kagoshima Prefecture where evacuation orders have been issued to about 6,000 people in 2,859 households, a woman in her 70s was rescued after she was buried by mud that had engulfed her house.

Meanwhile, evacuation advisories are in place in the prefectures of Kagoshima, Miyazaki, Kumamoto and Ehime. Local emergency authorities are calling on residents to move to shelters for safety.

The heavy rain is affecting transportation services in the southern part of Kyushu. Kyushu Railway Company says the Shinkansen bullet train has been suspended between Kumamoto and Kagoshima-Chuo Station.

Several local trains in the area have also suspended operations. Some portions of highways also have been closed.