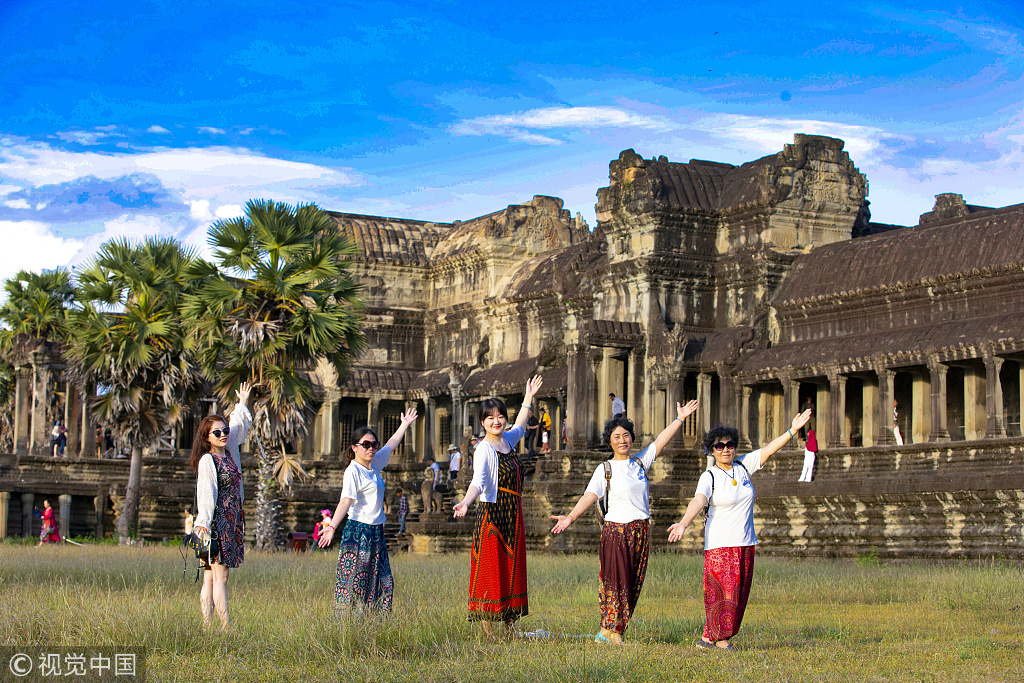 Some 1 million locals and 42,056 foreigners travelled in the Southeast Asian nation during the festival from Jan. 21 to Jan. 24, he said in a report.

"For tourists to Preah Sihanouk province, most of them travelled to the province in the morning and returned home in the evening by traveling on the [Chinese-invested] Phnom Penh-Sihanoukville Expressway," he said.

"Security, safety and public order during the festival had been well maintained, and there were no remarkable problems during the celebrations," he added.

Although it is not an official holiday in Cambodia, the Chinese Lunar New Year is widely celebrated in the kingdom.