BAGHDAD, Oct. 8 (Xinhua) -- A top official of Iraq's eastern province of Diyala said on Monday that over 10,000 families of displaced people are still unable to return home in the province because of security concerns and lack of infrastructure.

"The number of displaced families who didn't return to their homes in the liberated areas in Diyala ranges between 11,000 to 13,000," Ali al-Daynee, head of Diyala's provincial council, told Xinhua.

"Many homes of the displaced people had been demolished," he said.

Meanwhile, some tribes accuse some of the displaced people of joining the Islamic State (IS) militant group, and prevent them from returning home, al-Daynee added.

The provincial chief said it will take a long time to solve the issue in Diyala given the complications of tribal recrimination, revenge and sectarian strife.

Diyala was liberated from IS militants in early 2015, but four camps of displaced people in the provincial capital city of Baquba, as well as the cities of Khanaqin and Udhaim remain in control of the militant group and suffer shortage in humanitarian aids. 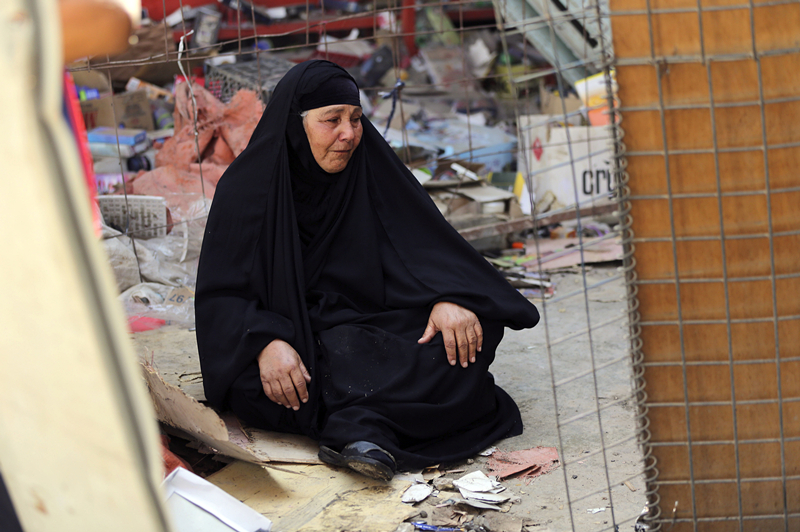 An Iraqi woman grieves at the site of a deadly suicide car bombing at a busy market in Khan Beni Saad, about 20 miles (30 kilometers) northeast of Baghdad, Iraq, Saturday, July 18, 2015. The attack by the Islamic State group on a crowded marketplace in Iraq's eastern Diyala province has killed over 100 people, mostly-Shiite victims.  (AP Photo/Karim Kadim) 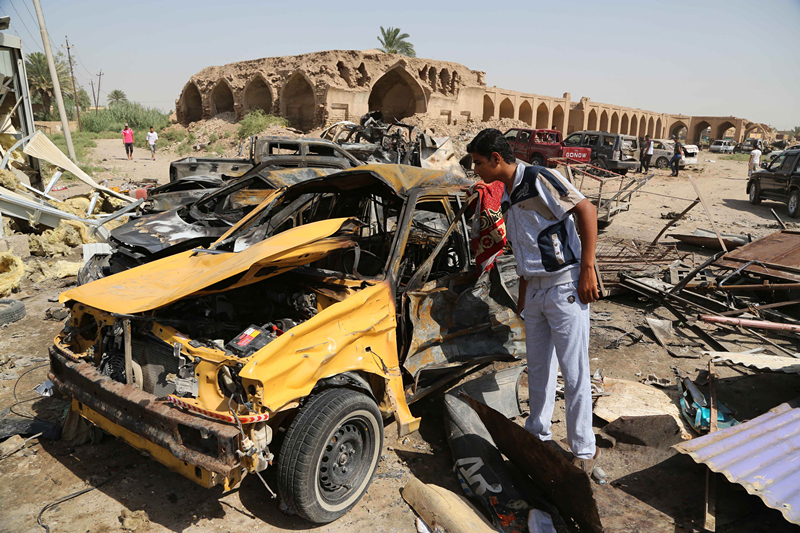 Civilians inspect the aftermath of a suicide car bombing at a busy market in Khan Bani Saad in the Diyala province, about 20 miles (30 kilometers) northeast of Baghdad, Iraq, Saturday, July 18, 2015. (AP Photo/Karim Kadim) 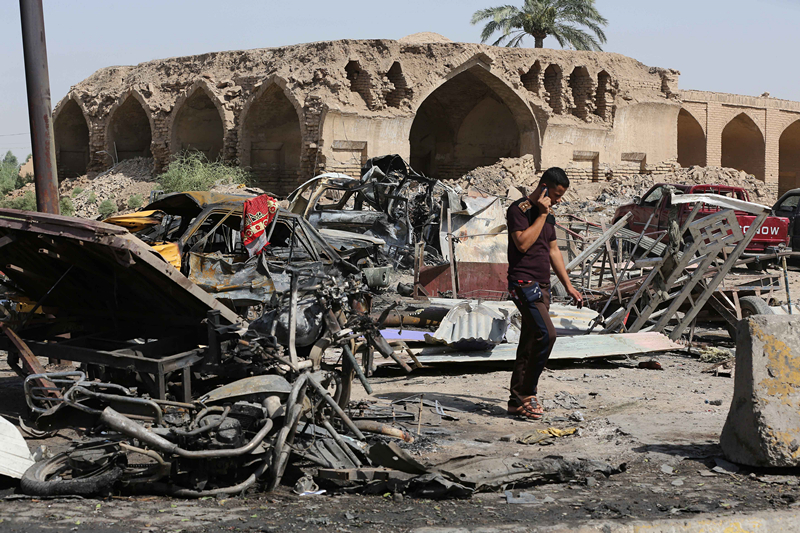 On Sept. 4, a statement by the International Organization for Migration (IOM) said the number of displaced people in Iraq has dropped below 2 million from 6 million since 2014, when IS militants took control of large swathes of Iraqi territory.

Despite repeated military operations in Diyala, IS remnants are still hiding in some rugged areas near the border with Iran, and in the sprawling areas extending from the western part of the province to Himreen mountainous area north of Baquba.