WORLD Over 100 arrested after riot at Malta migrant center: report

Over 100 arrested after riot at Malta migrant center: report 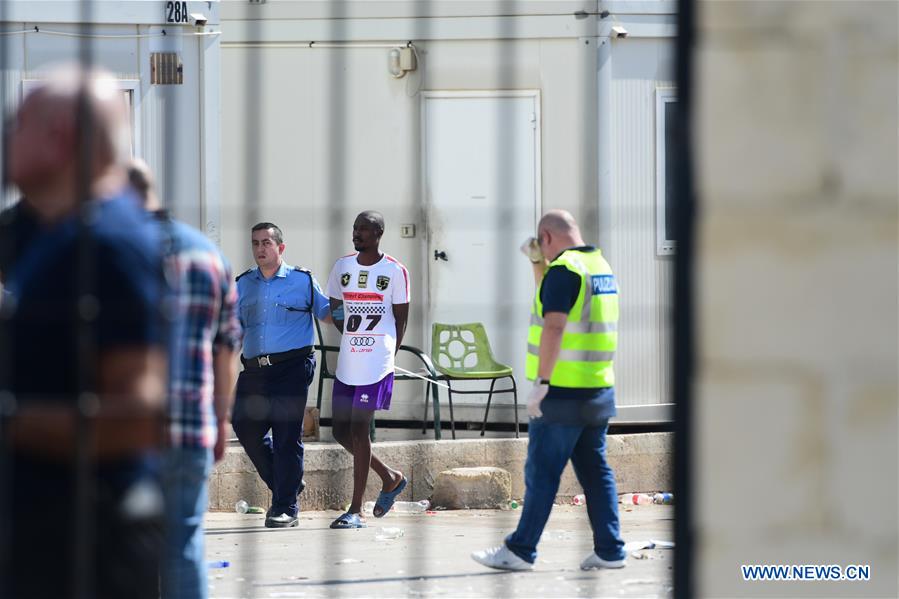 Over 100 migrants, including ringleaders of a riot, were arrested at a reception center in Malta on Monday.

The riot occurred at the Hal Far center late on Sunday night. It was sparked by a row over a drunk migrant being banned from entering the center.

"While a small group of immigrants incited a riot that spread to around 300 people, a considerable number of other migrants did not take part in any way," said Malta's Home Affairs Minister Michael Farrugia.

Around 50 police officers raided the center on Monday morning and searched for weapons. More than a hundred people were arrested and driven away after the raid, the Times of Malta reported, quoting the minister.